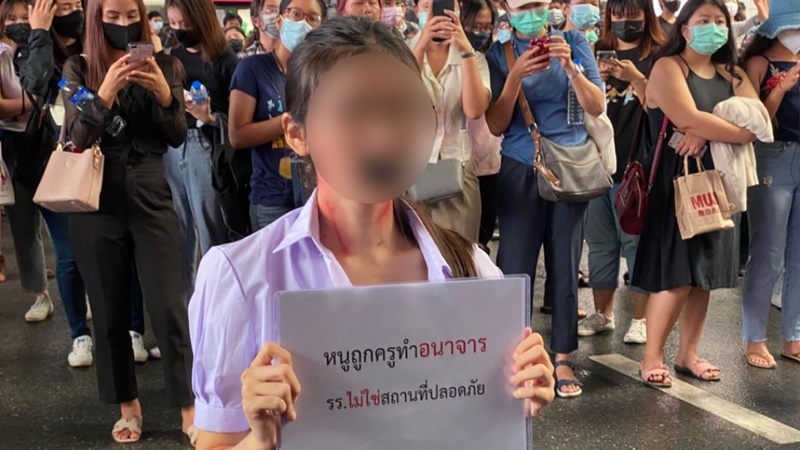 A Bad Student female demonstrator who dressed as a schoolgirl and held a sign protesting sexual harassment in schools is facing a fierce backlash from two government MPs.

While her online protest gained support from many members of the public, pro-monarchist netizens have slammed the woman.

PPRP MP Pareena Kraikupt said she had made a police complaint against the woman for dressing as a student, when in fact she was a model and influencer.

Fellow ruling party MP Sira Jenjaka said it was inappropriate that she had worn a school uniform to demonstrate the movement and that her action would disgrace Thai schools.

Office of Basic Education Commission (OBEC) statistics that record hundreds of cases of sexual harassment from 2013-2017 are being shared widely on the Internet again.

Thee Phawangkhanan, head of OBEC’s student protection task force centre, said in January that there were more than 700 reported cases of harassment, but some victims were still afraid to report the incidents.