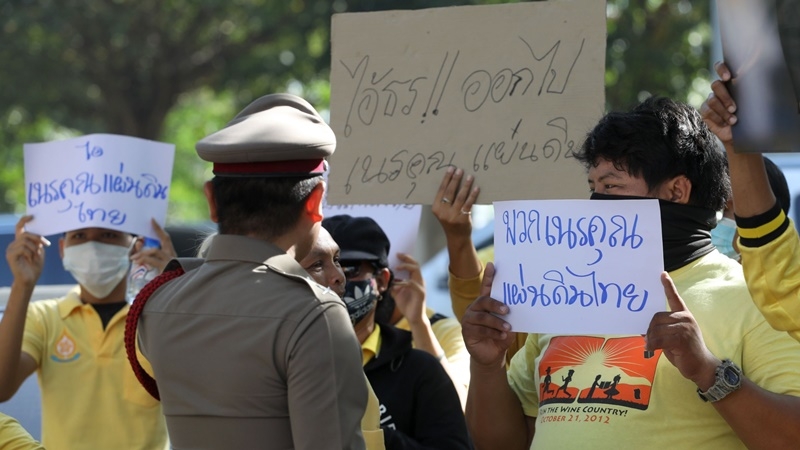 Police had to intervene to prevent a conflict between yellow shirts and supporters of former Future Forward Party leader Thanathorn Juangroongruangkit on Tuesday morning. 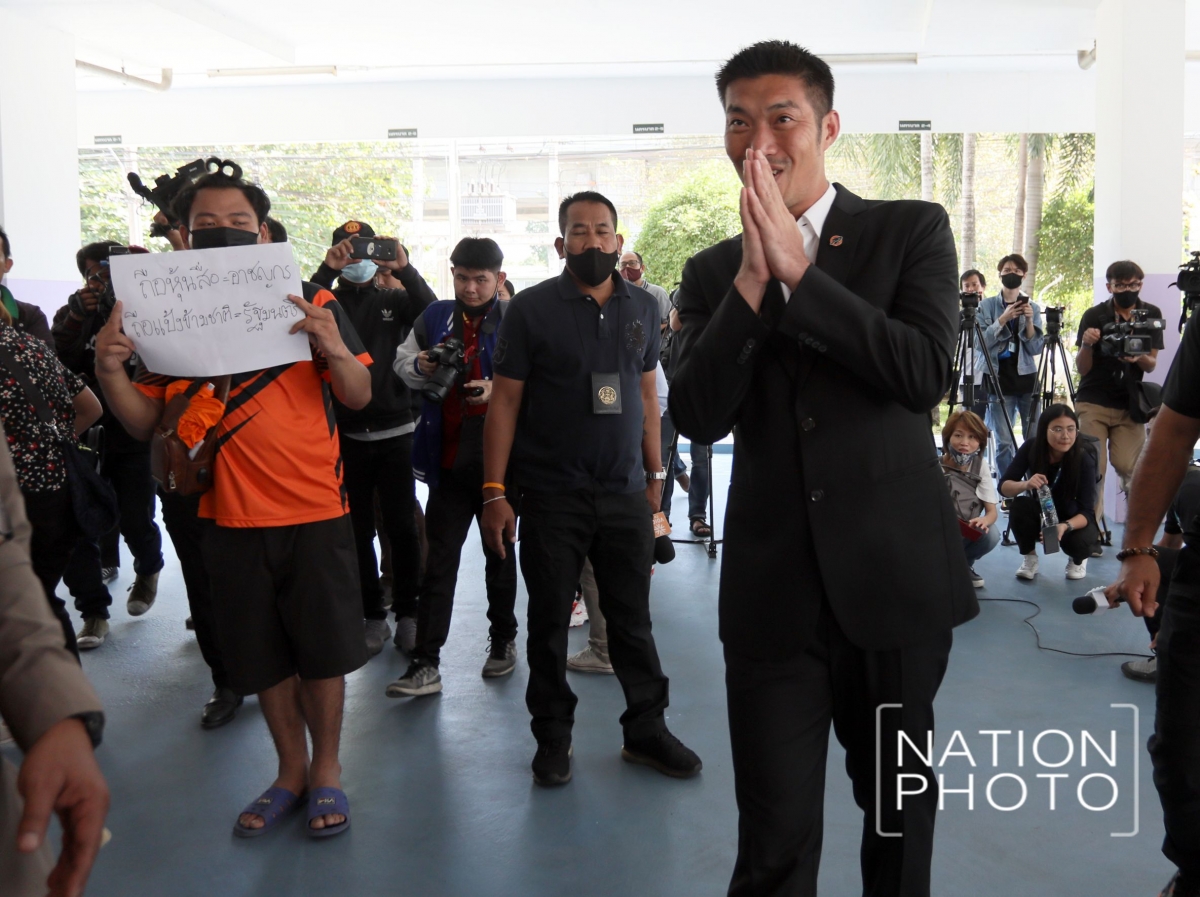 Thanathorn arrived there with his supporters to acknowledge the charge on holding the shares of V Luck Media, violating Section 151 of the law governing the election of MPs.

His supporters were waiting for him outside the police station when they encountered about 10 royalists who came to insult Thanathorn. 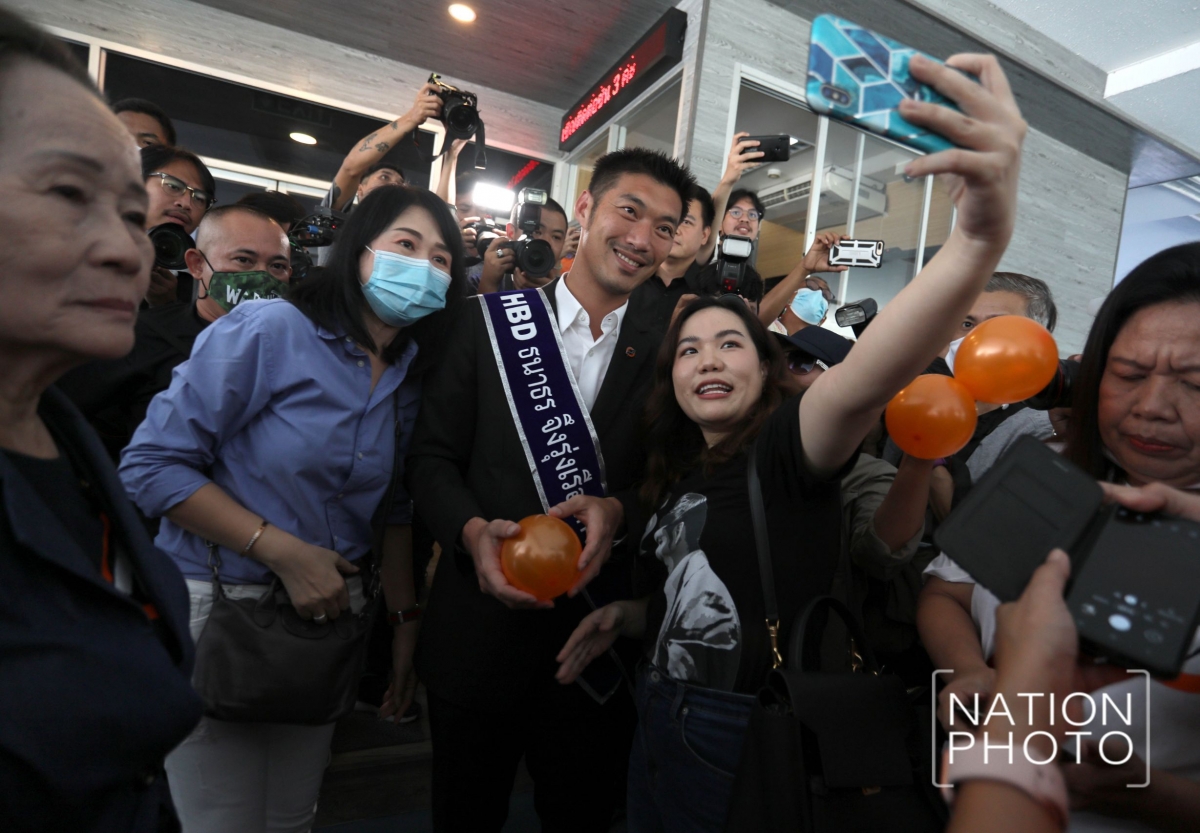 Around 9.30am, the yellow shirts tried to charge at them, but they were stopped by policemen.

Police had to set up metal barriers between the two groups to prevent violence.

Thanathorn was later moved to Metropolitan Police Bureau 2 to ease the situation. His supporters followed him and offered him a cake a day before his birthday. Thanathorn was born on November 25, 1978.