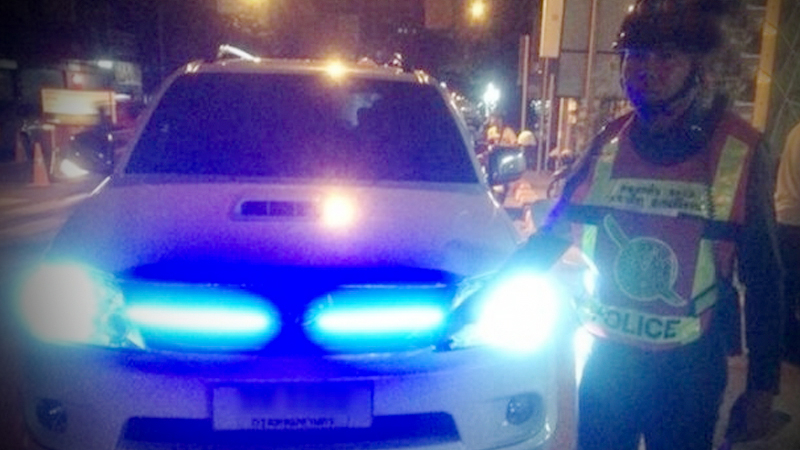 Motorists who have modified their headlights or taillights may face fines of up to Bt50,000, the Department of Land Transport warned recently.

“We have received complaints via the 1584 hotline about people’s visibility being affected by headlights and taillights that have been modified to be too bright, flashing or in colours other than those specified by law, such as blue,” said Jantira Buruspat, deputy director-general.

Jantira said Land Transport Offices in all provinces as well as certified vehicle inspection centres have been instructed to strictly screen vehicles for modifications when motorists come in for licence renewal or yearly inspection.

“Owners of vehicles that fail to meet requirements will be told to rectify their equipment before their licence is renewed or vehicle inspected,” she said. “We are also working with police by getting officers to randomly inspect vehicles at selected checkpoints. Officials can immediately press charges if any vehicles are found with modified headlights or taillights.”

Photos or video clips of vehicles with modified lights can be sent to Line ID @1584DLT, Facebook @dlt1584, http://ins.dlt.go.th/cmpweb/ or via email: [email protected], along with licence number and date and time the pictures were taken. 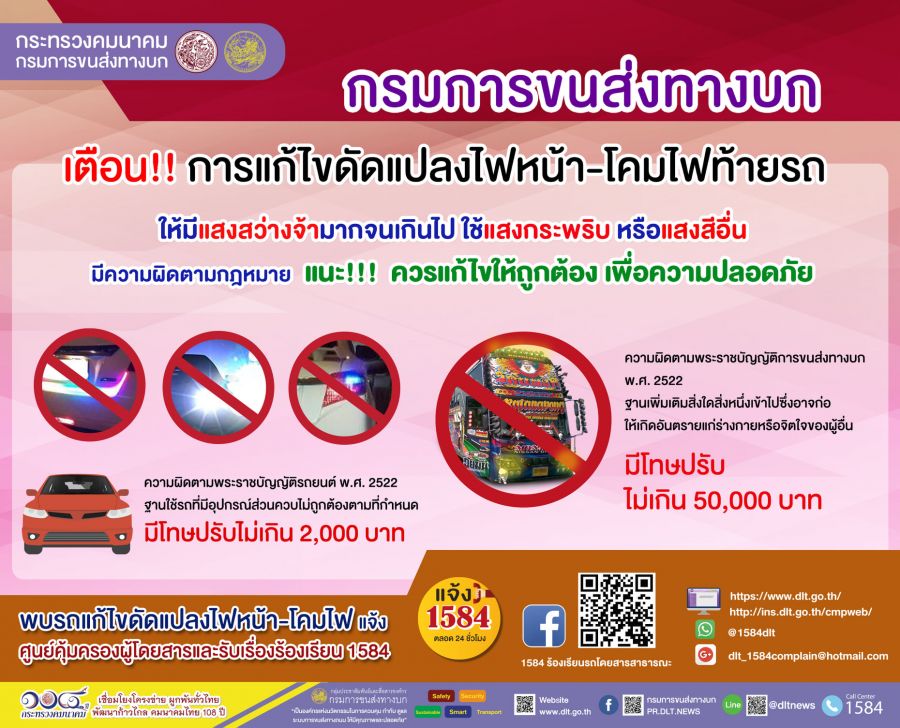