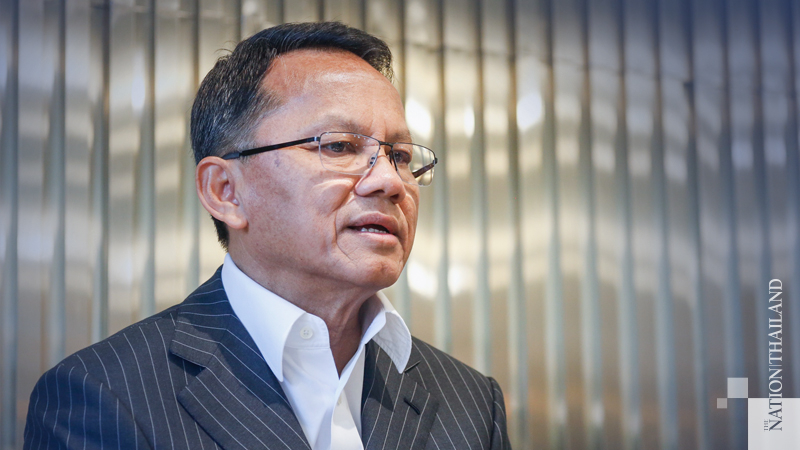 Justice Minister Somsak Thepsutin has admitted that the chemical seized in what was initially billed as the biggest drugs haul in Thailand’s history is not ketamine, but a harmless cleaning agent.

Somsak explained on Tuesday that when the first test was carried out on 11.5 tonnes of the white powder, it turned the reagent purple – a match for ketamine. But after testing again, the substance was found to be trisodium phosphate, a cleaning agent and food additive which also turns the testing reagent purple.

The mistake was caused by an error in the scientific process, he added.

The seizure made worldwide headlines on November 12 when officials including Somsak announced they had made the largest drugs bust in Thai history. The chemical was found inside 475 sacks piled in a warehouse in Chachoengsao and was said to be worth Bt28.7 billion.

The raid on the warehouse in the eastern province followed a tip-off from officials in Taiwan, who told the Narcotics Control Board they had seized 300 kilos of ketamine, but more was on its way to Thailand. The Thai shipment was seized and tested, with the results checked by scientists from the Justice Ministry and the Forensic Department before the “haul” was announced to the press.

However, subsequent tests on 59 of the sacks showed no ketamine was present. The Justice Ministry said the remaining 406 sacks will now be examined by the NBC, Forensic Science police, and Department of Medical Sciences, with test results due this week.

On Monday, lawyer and transparency activist Atchariya Ruengrattanapong accused Somsak of negligence over the 11.5-tonne seizure and asked the anti-corruption agency to look into the case.

Somsak insisted that he had not bullied anyone, adding that he had set up a working group to investigate what had gone wrong.