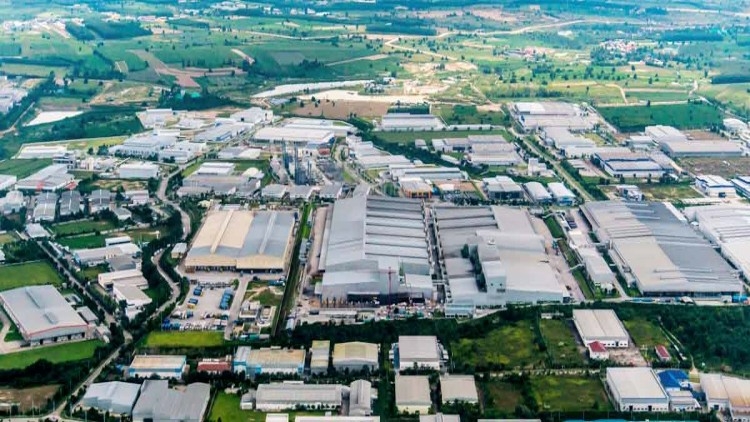 Amata Corporation Plc, operator of several industrial estates, has estimated that the company would sell only 10-15 new factories this year, while sales before the Covid-19 crisis were 30-50 factories per year, with the highest recorded sales being 102 factories.

“We had set the land sales target this year at 950 rai and are unlikely to achieve it by the year-end,” said Amata’s chief marketing officer Viboon Kromadit.

“We would like the government to implement the measure proposed by the Public Health Ministry to reduce the mandatory quarantine period from 14 to 10 days as soon as possible to help foreigners who are interested in investing in Thailand,” he said.

“The outbreak is deadly, but the impact on the economy due to a lack of foreign investment could be deadly too if the government continued to enforce strict quarantine measures,” he said. “Our neighbours are relaxing measures in order to ensure their economic survival.”

Viboon said the company has set a sales target of 30-40 factories next year.

“Whether we can achieve this depends on factors such as the political situation, quarantine measures and the availability of a Covid-19 vaccine,” he said.

“Easing up domestic lockdown will help boost economic activity. Factory owners have reported increasing production capacity to 60-80 per cent lately, compared to earlier this year when capacity had been limited at 20-30 per cent due to intensive lockdown measures and a prohibition on travel,” Viboon said.

“We are positive that foreign investors are still eying Thailand as their destination and have not moved elsewhere, but they are just slowing down their investments while judging the political climate and virus situation in Thailand. That’s why the government needs to reduce the quarantine period as well as promote the travel bubble campaign to attract foreign investors,” he added.