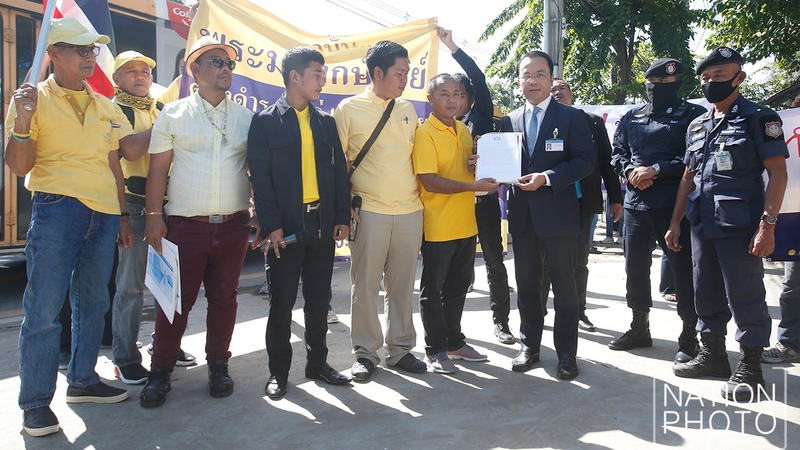 A group of royalists showed up at Parliament on Wednesday to hand in a letter demanding that the authorities check the behaviour of some MPs.

The group said all MPs should perform their duties sincerely for the benefit of the nation and its people, and must always comply with the Constitution, especially Chapter 2, which puts the King in a position of reverence.

They also insisted that no person can expose the King to any sort of accusation or action.

“We want to ask Parliament whether some of its members’ move to insult the monarchy during the anti-government protests violates their promise or not,” the group said.

The group then went to the Royal Thai Police headquarters to hand over a letter of encouragement.