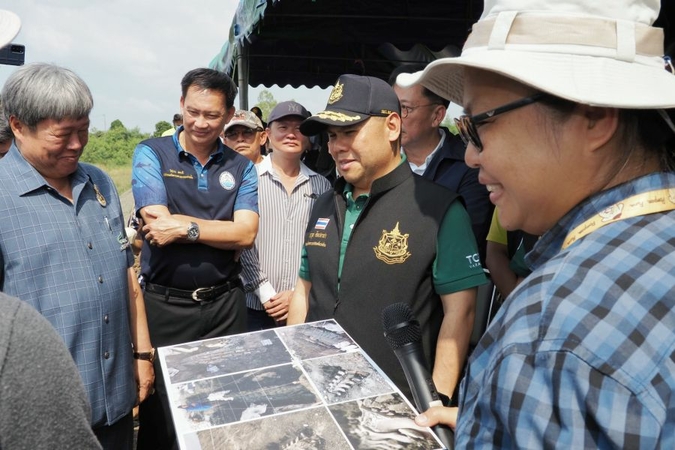 Natural Resources and Environment Minister Varawut Silpa-Archa (in black cap) is updated on progress at the site of the whale skeleton excavation.

The skeleton of a whale thought to have swum the seas more than 3,000 years ago has been discovered in Samut Sakhon, just west of Bangkok. Varawut Silpa-archa, Natural Resources and Environment minister, has visited the site of the discovery in Amphaeng, Ban Phaeo district, where the whale bones were excavated on November 6.

Archaeologists say the partially fossilised remains are 3,000-5,000 years old and resemble the Bryde’s whale, which still swims in Thai seas. The bones will now be carbon-dated to find their precise age.

The skeleton stretches about 12 metres, with a skull that measures 3 metres, 19 complete vertebrae, five ribs each, a shoulder blade, and left fins. Archaeologists estimate another 20 per cent of the skeleton is still to be excavated. 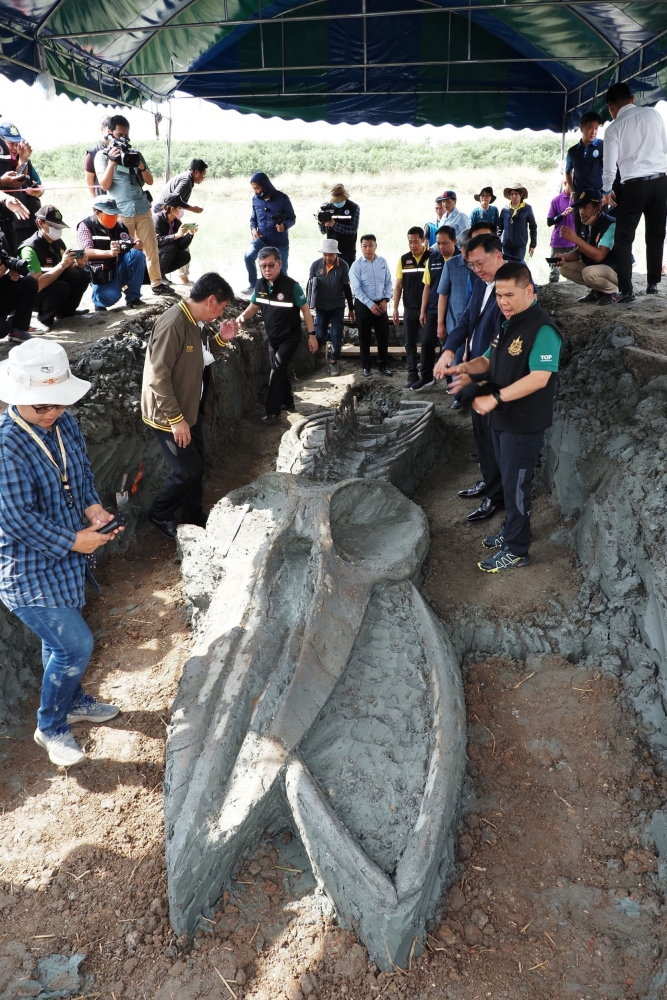 The remains were found about 12 kilometres inland from the current coastline, providing important evidence of how sea levels have changed over thousands of years. The bones will also aid research on the evolution of whales and the biodiversity of marine life from ancient to modern times.

Nowadays, the upper Gulf of Thailand of Samut Sakhon’s coast is home to about 50 Bryde's whales, along with Irrawaddy dolphins, Humpback dolphins, albino dolphins and the finless porpoise.

“The seas around Thailand have been abundant with life for thousands of years, as shown by fossils,” said Varawut.

He added that it was the duty of the current generation of Thais to preserve the ancient balance and sustainability of this richly fertile marine environment, he added.