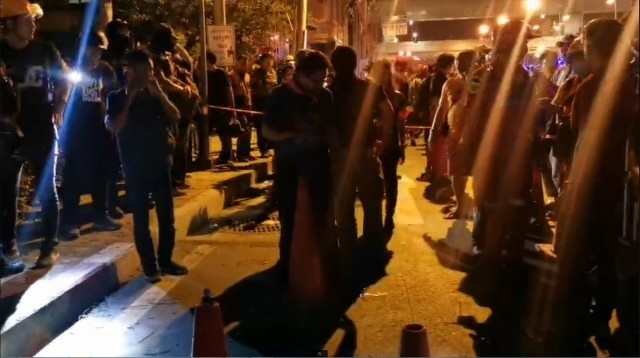 Two persons were reportedly critically injured after being shot during a commotion at a political rally site in front of Siam Commercial Bank headquarters at SCB Park Plaza on Ratchadapisek Road in Bangkok’s Chatuchak district at around 10pm on Wednesday.

The protest by the Ratsadon group started at around 3pm and lasted into the night, before protest leaders announced an end to the rally for the day at 9.17pm.

At 10.10pm, while the protesters were dispersing, there was reportedly an explosive sound followed by 4-5 gunshots originating from McDonald’s the Avenue Ratchayothin branch. The Association of People’s Guards, which keep watch over the protesters during their rallies, reported on their Twitter account that one of their guards was critically injured from a gunshot wound in his stomach and was rushed to Rama IX Hospital, while the other injured person, who was suspected to be the shooter, was also critically injured and sent to St Louis Hospital.

“The person who threw the bomb was wearing a motorcycle helmet,” the association said. “He had fled the scene and is still at large.” 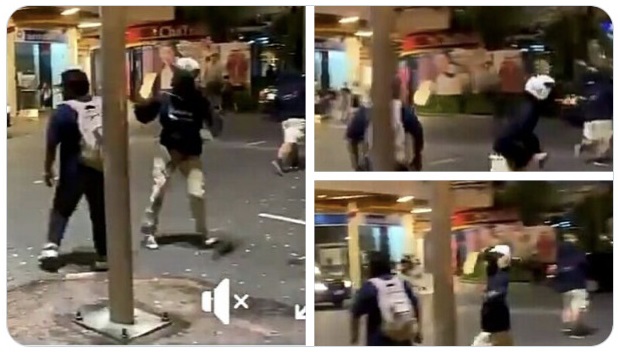 Royal Thai Police forensic officers are investigating the incident to identify the perpetrators. The officers have already found bullet casings, a revolver hidden under a motorcycle seat and pieces of an exploded device.