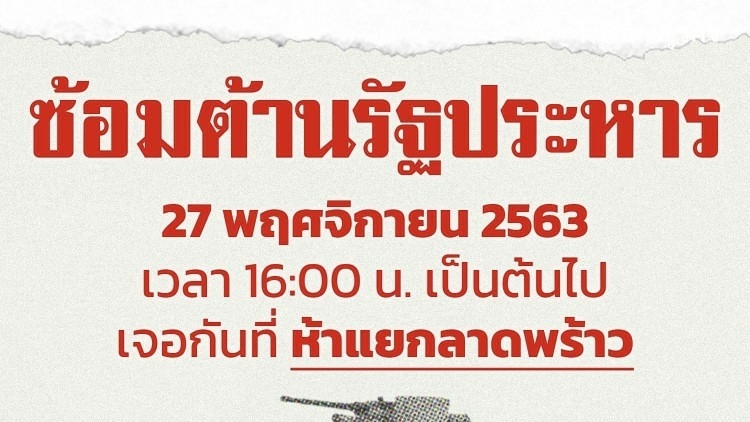 The “Ratsadon” group announced on Thursday on the Facebook page of United Front of Thammasat and Demonstration that they would organise a rally on Friday at the Lat Phrao intersection, also known as Ha Yaek Lat Phrao, in Bangkok’s Chatuchak district from 4pm.

“We smell something weird, as if someone is switching on a tank!”, said the group. “The rally on Friday will be a drill against a coup d’etat.”

“There have been too many coups in the past, so history has taught us to remain vigilant,” it said. “Therefore, we would like to invite everyone to participate in a drill to prepare for another coup that could happen.”

“A coup d’etat is an abolition of a regime, and when that time comes, the people will no longer tolerate it,” it added.