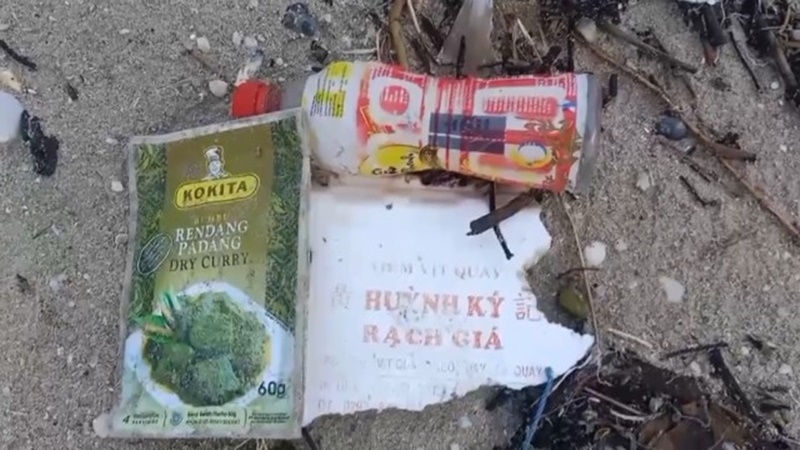 Two-metre waves in the Gulf of Thailand have forced fishermen in Nakhon Si Thammarat province to evacuate the area while foreign waste is being swept ashore.

Locals have found lots of waste washed up on the beach in Hua Sai district. The labels on the waste showed that they were not products from Thailand, but from neighbouring countries.

They said the storm usually brought the waste matter to the beach every year, resulting in degeneration of the environment in a place which was a tourist attraction.

They said that there was no appropriate management by the local officials despite repeatedly facing the waste issue.

Oil spill is another problem that the locals are concerned about, as it has damaged the ecosystem of the beach in the past, but there was no organisation taking responsibility.