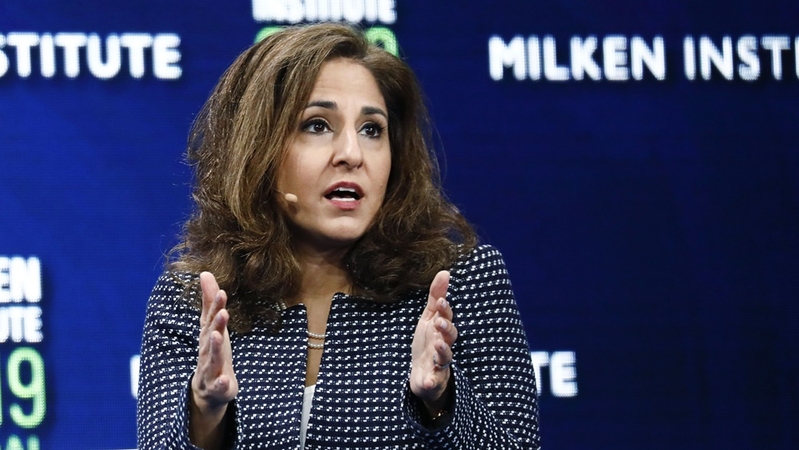 Neera Tanden, president and chief executive officer of the Center for American Progress, speaks at a conference in 2019. MUST CREDIT: Bloomberg photo by Patrick T. Fallon

President-elect Joe Biden is turning to longtime Democratic policy staffer Neera Tanden to lead the Office of Management and Budget and Cecilia Rouse to head the Council of Economic Advisers, said people familiar with the process.

Biden will also nominate Adewale Adeyemo to be deputy treasury secretary as part of a slate of economic-team appointments he plans to make this week, the people said.

Tanden, who leads the the Center for American Progress, a liberal think-tank, worked on the Obama administration's health-care policies and was a close adviser to Hillary Clinton.

Rouse worked in the Obama administration as a member of the CEA and is dean of Princeton University's school of public and international affairs.