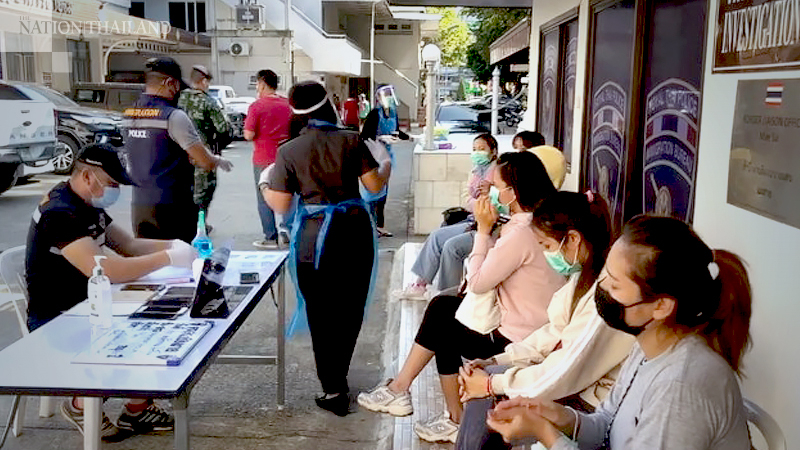 Eight other Thai nationals were arrested on Monday for crossing the border illegally from Myanmar’s Tachileik city to Chiang Rai district.

All women, the group had worked in Myanmar and decided to return to Thailand due to the Covid-19 situation. Each paid Bt6,500 to Myanmar traffickers so as to avoid border checks.

On the same day, Chiang Rai authorities revealed that two Thai women who returned from Tachileik earlier had tested positive for Covid-19.

They added that most Thais returning from Myanmar recently had crossed the border illegally to work in entertainment venues in the neighbouring country.

Four more people were arrested in Chiang Rai for sneaking over the border on Sunday, after one of the group announced their planned illegal crossing on Facebook last week. None were found to be suffering fever.