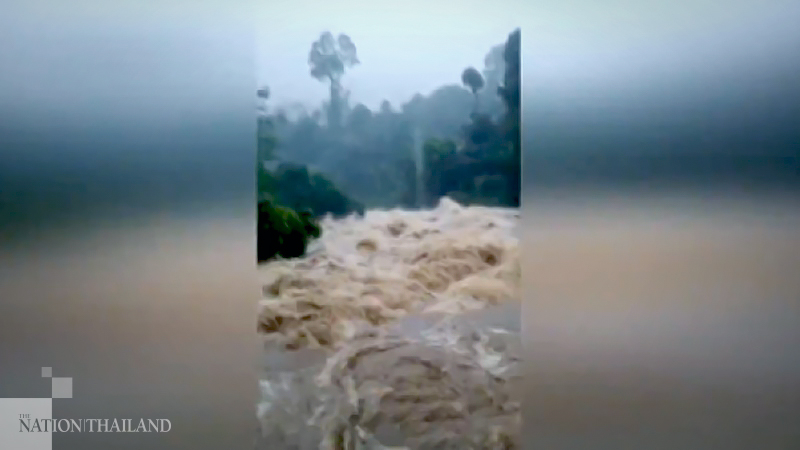 A flash flood struck Nakhon Si Thammarat’s Lansaka district on Tuesday after a mass of water thundered down from Khao Luang mountain.

Continuous rain in the South has increased the level of water in catchment areas on the mountain, with the water overflowing to downstream canals and residential areas.

Residents of Pho Sadet sub-district in Muang Nakhon Si Thammarat were affected the most and had to promptly evacuate with their belongings.

Schools and universities in the flooded areas announced they were closing on December 2 and 3, or until the situation normalised for the safety of students.

Water current reportedly remained strong in the morning as rain continued to fall.