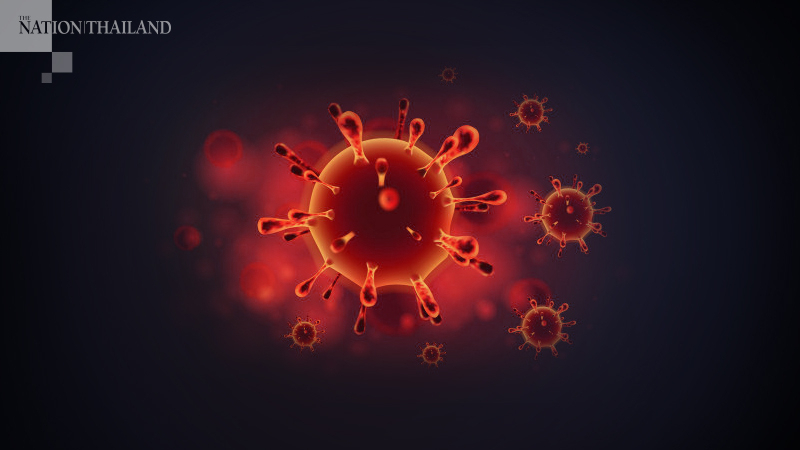 At a press briefing held by the Public Health Ministry on Covid-19 outbreak, Dr Sophon Iamsirithaworn from the Department of Disease Control, said six additional cases were detected among people who sneaked into Thailand via Chiang Rai’s Mae Sai district.

• A 28-year-old Phayao resident who went to work at the 1G1 entertainment venue in Myanmar’s Tachilek district in early November, illegally entered the country on November 27 with a Myanmar national. A motorbike picked her up at the border to deliver her at Chiang Rai’s Mae Sai bus terminal at 3 pm, where she takes a taxi to the Big C department store near her home in Chiang Rai at 6 pm.

She goes out again on November 28 at 9pm to grab dinner, wearing a mask at all times.

On November 29, her boyfriend accompanies her to an outdoor Singha beer garden. They park their car at 8pm and seat themselves, but do not go near the stage. They then return home at 11pm, before heading downtown and checking in at Hop Inn at 4am. Later the same day they drive to Chiang Mai.

On November 30 at 5pm, the woman goes to a private hospital in Chiang Mai to be tested for Covid-19.

They then decide to return to Phayao the same night and she is admitted into Phayao Hospital. Results from the private hospital in Chiang Mai on December 1 confirm she is infected, as does a test conducted in Phayao Hospital the same day.

• A 25-year-old Thai woman enters Thailand on November 28 with the 21-year-old above. After arriving in Don Mueang Airport on the same day, she takes a flight to Phichit to stay with another friend. They go out to dinner at Bird Bar in Phichit with another three friends. None of them wear masks.
Between November 29 and 30, this woman dines at both Bird Bar and Crocodile pub.
She is caught on December 1 after her friend in Bangkok tests positive and is taken to a local state quarantine facility, where she too tests positive.

• A 36-year-old Thai woman who had been in Myanmar since November 3 and had visited the 1G1 entertainment venue between November 23 and 24 develops Covid-19 symptoms on November 26. She treats her cough, runny nose and body ache with over-the-counter drugs, and is helped by a Myanmar national to sneak into Thailand via a natural border in Chiang Mai on November 29.
She then goes to Chiang Mai airport in a friend’s car, wearing a mask at all times, and takes a Thai Lion Air flight at 10.40am to land in Bangkok’s Don Mueang Airport at midday on the same day.
She then takes a taxi to Mo Chit Bus Terminal, where she takes a van to Big C department store in Ratchaburi. She then heads to a private hospital after learning from a friend in Myanmar that someone from her group of friends had been infected. She is then transferred to the state hospital in Ratchaburi and confirmed to be positive on December 2.

• Two women, aged 23 and 35, who reportedly worked in Myanmar’s Tachilek district with a woman who had sneaked into Chiang Mai on November 24, tested positive but are asymptomatic. The duo had entered Thailand illegally via Chiang Mai and headed home to Mae Sot district in Tak province on November 26. They decided to go in for a test after learning their friend was infected.

After learning of the above cases, the Public Health Ministry has called on people to stop sneaking into the country like this because the government provides free quarantine facilities as well as food. People entering the country illegally are encouraged to report for a test.

The ministry has confirmed that there are no local transmissions, but believes measures need to be in place to curb the risk.