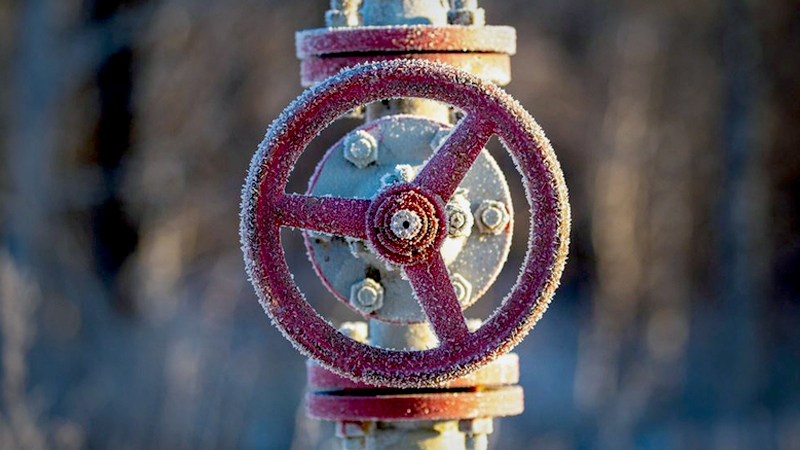 A valve control wheel connected to crude oil pipework in an oilfield near Dyurtyuli, Russia, on Nov. 19, 2020. MUST CREDIT: Bloomberg photo by Andrey Rudakov.

Oil rallied after a surprise decline in U.S. crude inventories and signals that OPEC+ made progress toward a widely anticipated deal on output curbs.

Trading was choppy earlier in the session as the Organization of Petroleum Exporting Countries worked to gain consensus on a deal to extend production caps as the global market recovery remains fragile. However, the group and its allies have made headway toward a deal, according to a delegate.

"The draw was unexpected, and was really a function of a pretty significant rise in U.S. crude exports," said Rob Thummel, a portfolio manager at Tortoise, a firm that manages roughly $8 billion in energy-related assets. "Builds in gasoline and diesel are clearly indications of covid restrictions coming back into mobility data and causing short-term concerns about demand."

Tensions within OPEC come at a time when the pandemic remains a prominent near-term overhang to a rebound in demand. While the U.K. became the first western country to approve a covid-19 vaccine, clearing the way for the deployment of Pfizer and BioNTech's shot, virus cases continue to surge around the world with governments preparing tighter restrictions to curb the spread.

Still, there have been renewed signs of underlying strength in the market this week, with Brent crude's nearest price timespread edging back into a bullish backwardation structure that indicates tight supplies. Physical markets are looking healthier, with around 20 tankers laden with U.S. crude set to leave for Asia this month and key North Sea swaps markets surging in recent days. Progress toward another round of fiscal stimulus in the U.S. could also provide a much needed boost to demand.

"The market is pricing in a solution that will not see extra barrels hit the market during the early part of 2021," said Ole Hansen, head of commodities strategy at Saxo Bank. It appears that "OPEC+ will not shoot themselves in the foot so close to an expected pickup in demand."

The U.S. Energy Information Administration report also showed crude-processing rates at refineries declined and are still below 80% of capacity amid a pandemic-induced slump in demand. The combined refining margin for gasoline and diesel is below $9 a barrel, its lowest since 2009.

Plus, the oil market could be underestimating the bearish implications of the delay in the OPEC+ talks, consultant FGE wrote in a report. If there's no agreement, stockpiles would rise early next year and lead to a very bearish market, FGE said. That comes as output from the group rose last month by 530,000 barrels a day, according to a Bloomberg survey, with Libya pumping at the highest level in a year as its internal conflict abates.