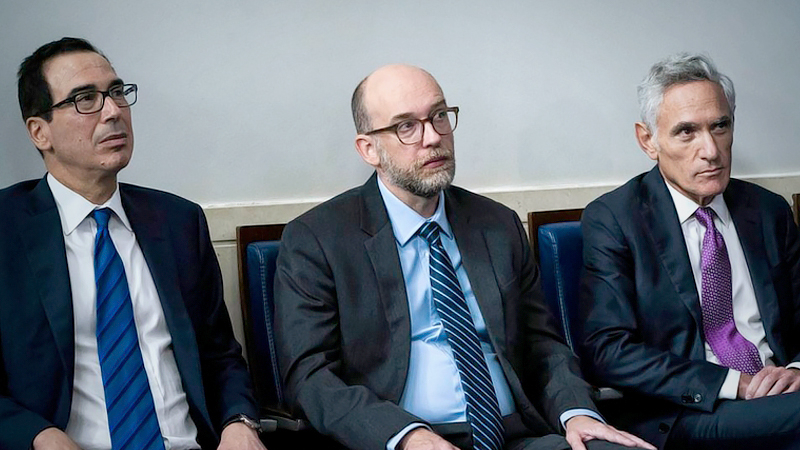 WASHINGTON - The Trump administration has dropped its call for a 1% federal employee pay raise in January, advocating instead for a freeze on pay rates for the 2.1 million executive branch workers.

In a letter dated Monday to Capitol Hill, the Office of Management and Budget endorsed language in one of a set of agency funding bills crafted by the Senate that would provide for no raise.

"In the context of budgetary constraints and the recent, pandemic-related impacts on non-Federal labor markets, the Administration supports the policy in the bill to maintain for 2021 the current level of Federal civilian employee pay," the letter said.

Since the start of its fiscal year Oct. 1, the government has been operating under a stopgap "continuing resolution" that expires Dec. 11. Congress is working to craft a replacement measure, using as its starting point the Senate bills - which have not reached voting even at the committee level - and bills the House passed this summer.

When it passed a spending bill covering general government matters, the House in effect accepted that amount by not specifying a raise figure. Under the complex federal pay law, if no number is enacted into law by the end of a year, the White House's proposed raise takes effect automatically.

"In a year when federal employees have stepped up to respond to a global pandemic, with tens of thousands on the frontlines working on behalf of the American people and contracting COVID-19 in the process, a 1 percent pay increase was the least our nation could do to honor the commitment of Feds," he said in a statement.

"Even on his way out of the White House Donald Trump can't resist another gratuitous attack on our dedicated federal employees," Rep. Gerald Connolly, D-Va, whose district includes many federal workers, said in a statement. "These public servants have done heroic work during the pandemic and deserve our support, and instead Donald Trump is reneging on another promise."

Connolly, chair of the House government operations subcommittee, and 10 other Democrats active in federal workplace issues recently urged House and Senate budget leaders to include a 1% raise in the planned catchall spending measure. Because Trump proposed it, agencies "will have already accounted for the increase in their budgets" and employees "have likewise been expecting this increase and incorporated it into their family budgets," they wrote.

The call for a freeze comes less than two months after the advisory group overseeing federal employee pay reported that comparable private sector jobs pay about 23% more on average. That study, however, has little impact on the annual process of setting a federal employee raise.

Trump had recommended freezes in his budget proposals for 2019 and 2020, though he ultimately agreed to raises averaging 1.9% and 3.1% in those years, with some variation by locality. In 2017, he had recommended a 1.9% average raise for 2018, which Congress accepted.

Federal pay rates were frozen 2011 to 2013 under an agreement between the Obama administration and congressional Republicans at a time of high concern over federal budget deficits. When rates are frozen, individual employees still can receive raises for various reasons including promotions or advancement up the steps of a pay grade, if their pay systems have that feature.

Raises for uniformed military personnel are determined separately. The bills before Congress would provide a 3% raise for them in January as Trump recommended.

Also determined separately are inflation adjustments for retirement benefits. Federal and military retirees are to receive the same 1.3% cost-of-living adjustment in January that will be paid under Social Security.