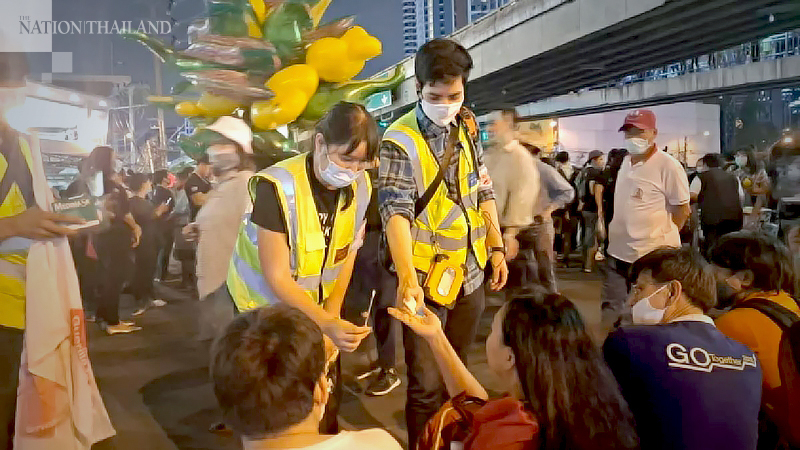 The move came in response to the ministry’s announcement that one of the new Covid-19 patients, who had illegally entered the country, stayed in Bangkok.

In the evening, protest leaders Attapon “Kru Yai” Buapat, Arnon Nampa and Panusaya “Rung” Sithijirawattanakul took turns to give speeches, mostly about the Constitutional Court verdict that Prime Minister General Prayut Chan-o-cha had not violated the charter by staying on at his Army residence after retirement.

The group called off the demonstration at 0.12am on Thursday.