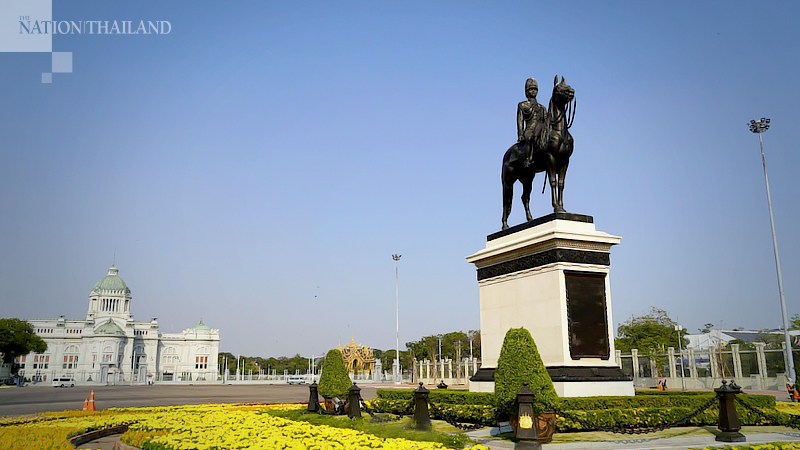 Bangkok police have advised motorists to avoid routes around the Royal Plaza in Bangkok’s Dusit district on Thursday afternoon, when the Jaroen Maha Mongkol religious chanting ceremony will be held from 4pm.

The ceremony will be held in remembrance of the late King Bhumibol Adulyadej the Great ahead of the anniversary of his birthday on December 5.

“Uthong Nai Road will be closed to traffic from Uthong Nai intersection to the Royal Plaza,” said Bangkok police chief Jirasan Kaewsaeng-Ake. “From 4pm, traffic on Si Ayutthaya Road will be one-way only, from the equestrian statue of King Chulalongkorn to the Wat Benchamabophit [Marble Temple] intersection.”

“People wishing to attend the ceremony can park their vehicles on the side of Ratchadamnoen Nok Avenue, Si Ayutthaya Road before the Wat Benchamabophit intersection, Nakhon Pathom Road, Luk Luang Road and Phitsanulok Road,” said Jirasan.

“If you are not attending the ceremony, please avoid using the abovementioned roads and use the alternative routes of Nakhon Ratchasima, Sam Sen, Ratchawithi, Sukhothai and Rama V roads – and plan your travel ahead,” he added.

Traffic information is available on the 1197 hotline, at www.trafficpolice.go.th, or by downloading the mobile application M-Help Me. 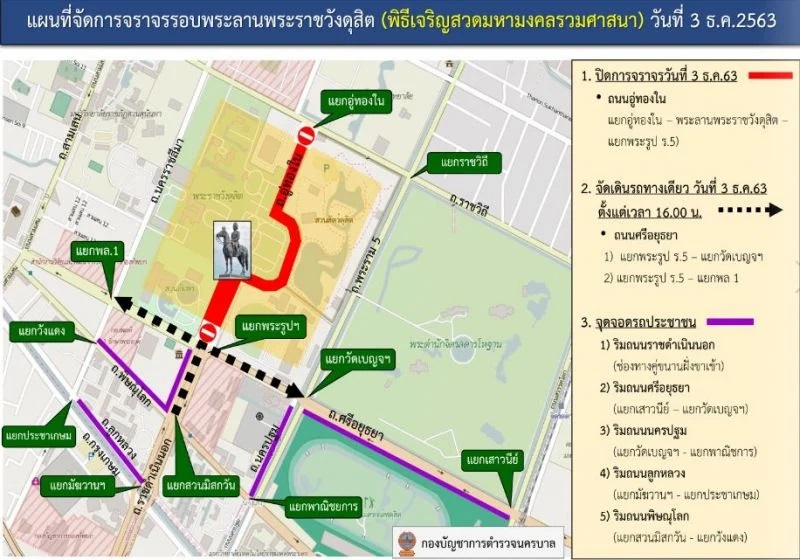