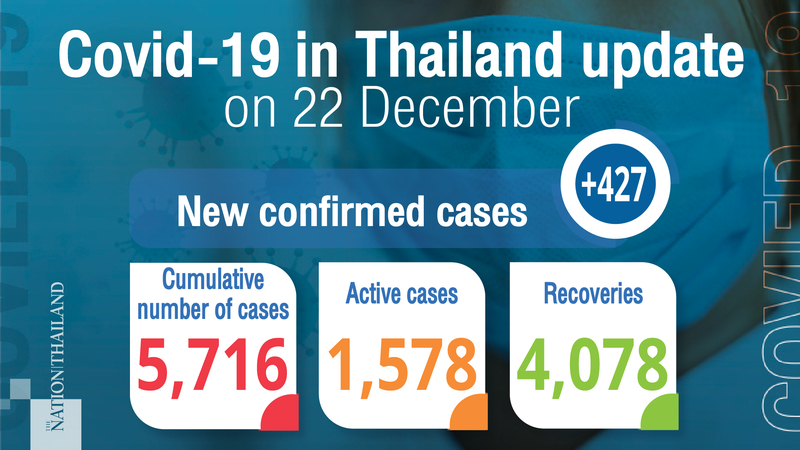 The Centre for Covid-19 Situation Administration (CCSA) reported 427 new cases both in quarantine facilities as well as among migrant workers over a 24-hour period on Tuesday.

Of the cases 397 were migrant workers in Samut Sakhon province, while 16 were local cases, including three in Saraburi, two in Samut Prakan, one in Chachoengsao, five in Bangkok, two in Pathum Thani, one in Phetchaburi, one in Uttaradit and one in Nakhon Pathom. In addition eight Thais and six foreigners tested positive in quarantine.

All the domestic cases reported today were linked to the outbreak in a Samut Sakhon shrimp market.

Dr Taweesin Visanuyothin, spokesman for the CCSA, said health officials have learned that people from 21 provinces had travelled to Samut Sakhon recently.

However, Covid-19 cases were only found in a few provinces so far. 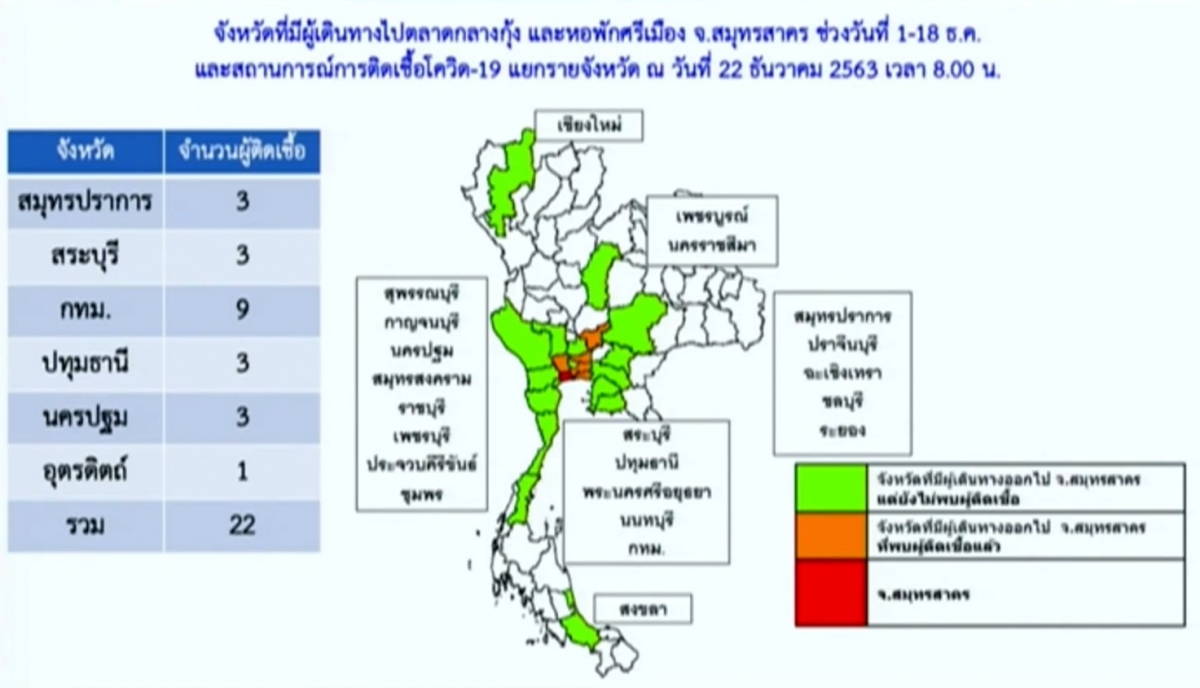 The cases in quarantine facilities include one Thai who returned from Bahrain, three returning from Pakistan, three from the United States and one from Kuwait. The foreigners included a Russian IT manager from Germany, a Swiss national from Italy, two students from Sudan, a French chef and a Pakistani businessman.

Meanwhile, 25 patients have recovered and been discharged.

The total number of confirmed cases in Thailand has risen to 5,716 (1,373 in state quarantine and 1,273 from hunt of active cases). Of the total, 1,578 are in hospital and quarantine facilities, while 4,078 have recovered and been discharged. The death toll remains unchanged at 60. 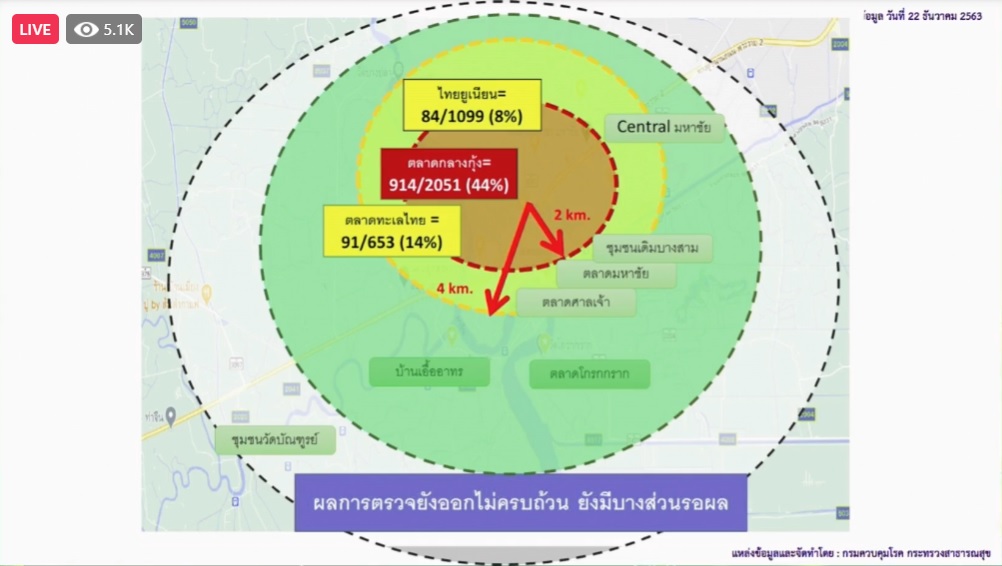 As for the rising number of people wanting to be tested for Covid-19, he said that is difficult because there is a limited number of health officials. However, he said, people who are concerned and are linked to the outbreak area can ask for a free test.

Meanwhile, he said, everyone should continue wearing masks and keeping their hands clean, because this is still the best way of fighting the virus.