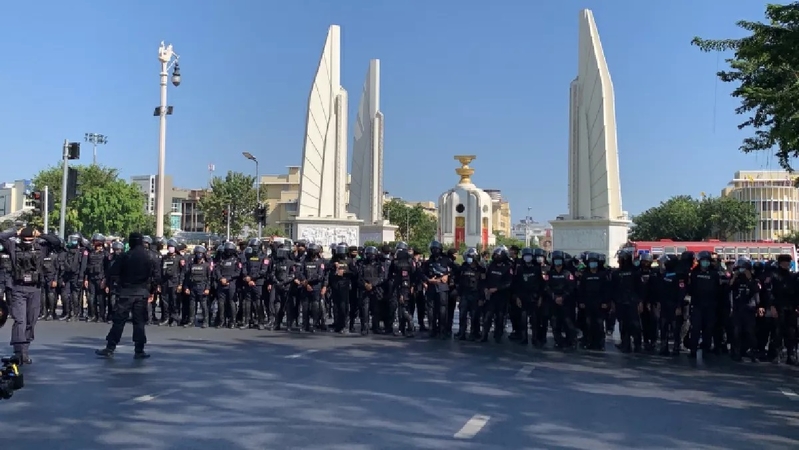 Pro-democracy protesters who call themselves “Ratsadon” on Thursday evening slammed the arrest of members of We Volunteer (Wevo) network on Thursday.

Twelve Wevo members were reportedly arrested at Sanam Luang, including Wevo founder Piyarat “Toto” Chongthep, after the group tried to sell over five tonnes of fresh prawn there in a bid to help seafood farmers who have been affected by the recent Covid-19 outbreak in Samut Sakhon province. Four other members of Wevo were reportedly arrested at the October 14 Memorial, not far from Sanam Luang. 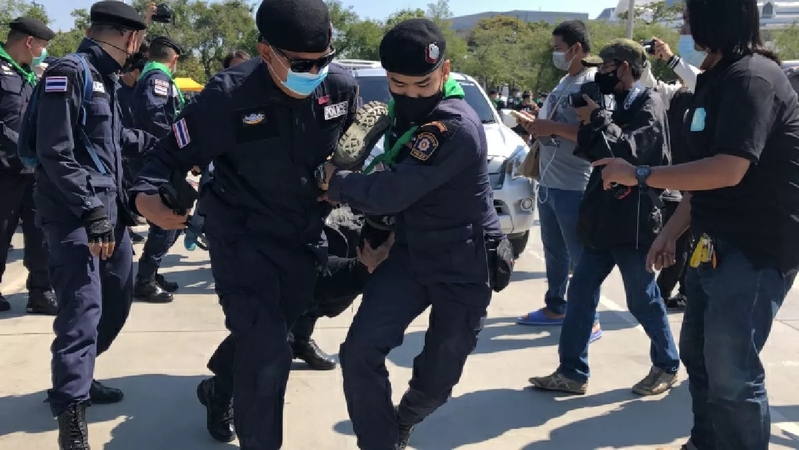 In a statement issued via the Facebook page of United Front of Thammasat and Demonstration, Ratsadon said:

“Police officers used excessive force during the arrest of Wevo members, which also included some adolescents, such as dragging and carrying them, as well as deploying tear gas.

“The authorities completely ignored the fact that the activity at Sanam Luang was in no way against the law. 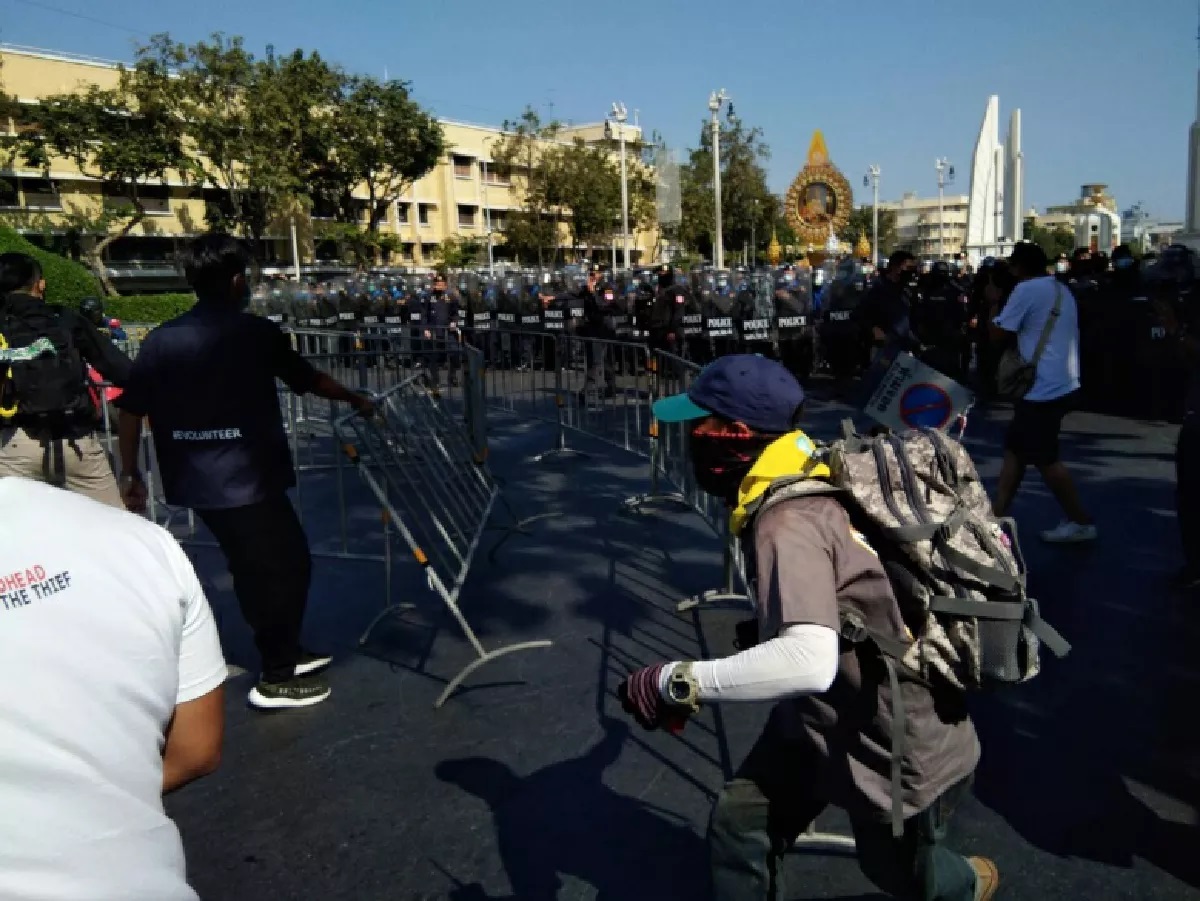 “We condemn the actions of police officers and the dictatorial-feudal government which is behind the arrests. And we demand immediate release of the arrested members.

“Furthermore, we urge the government to do their job by rolling out measures to help seafood farmers and merchants who have been affected by the outbreak,” added the group.