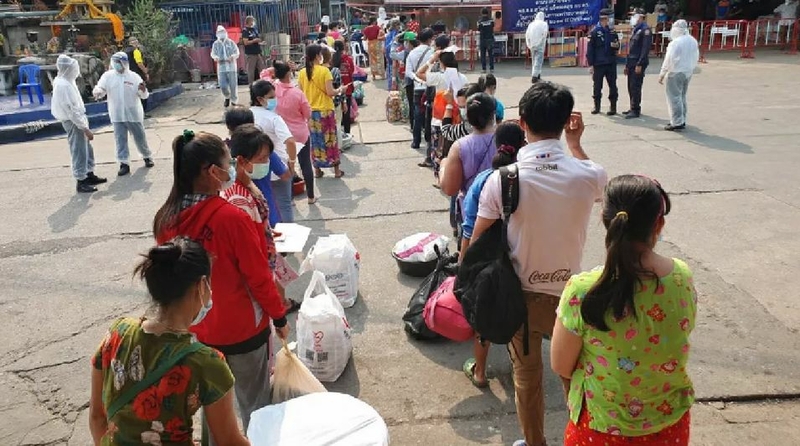 Nearly 300 migrant workers in Samut Sakhon province were free from Covid-19 after 14 days in quarantine, testing and are ready to return to work in the Central Prawn Market.

Samut Sakhon deputy governor Theerapat Katchamat revealed on Sunday that 292 migrant labourers who had been staying at the field hospital located at Samut Sakhon Provincial Central Stadium for Covid-19 treatment and quarantine would be allowed to go back to the Central Prawn Market in Mahachai subdistrict where they had been working earlier.

The market is one of the locations in Samut Sakhon which is believed to be a source of the new wave of Covid-19 outbreak in Thailand since December.

“All workers have completed their mandatory 14-day quarantine and received final testing to confirm that they are clear of the virus,” he said. “Furthermore, the province had received survival kits from the Thai Red Cross Society and has given them to every migrant to boost their morale.”

Theerapat added that migrant workers who wished to continue working at the market would need to fill a registration form and provide a valid passport as well as a certificate from the Ministry of Public Health stating that they were free of Covid-19 to authorities. 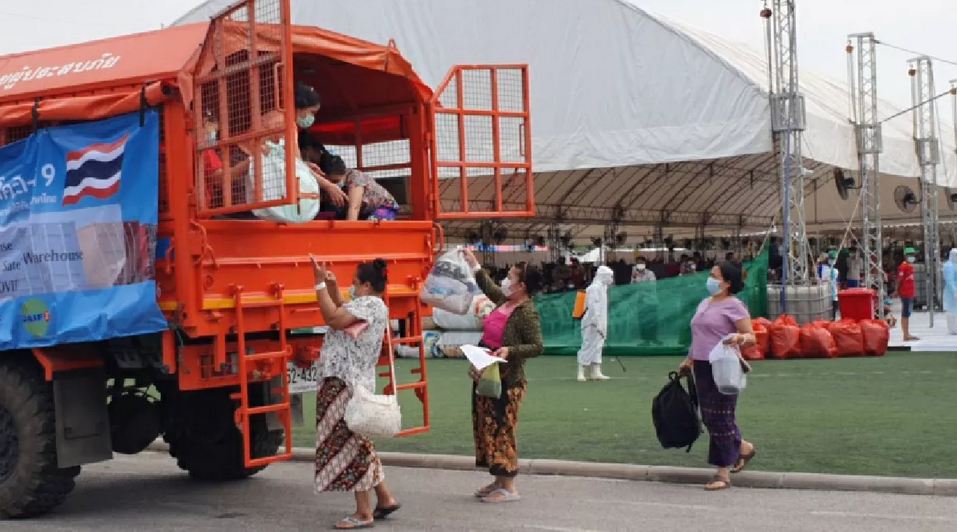 Meanwhile, Mana Paotui, Samut Sakhon public health officer, has said that officials have screened nearly 2,000 migrant workers who workex and resided near the Central Prawn Market since the first Covid-19 case had been confirmed in the area on December 17.

“So far around 700 migrants had tested positive for Covid-19 and had been sent to various hospitals in the province for treatment, while around 1,000 persons who tested negative were placed in quarantine as they had close contact with infected persons,” he said.

“On Monday around 300 more migrants will be discharged from the field hospital at the central stadium, which will free up over 600 beds for a new batch of patients.”

As of Sunday, Samut Sakhon reported 3,261 accumulated cases, 720 are Thais and 2,541 are migrants. Another 188 Thais and 175 migrants are under hospitalisation and one Thai person has died.