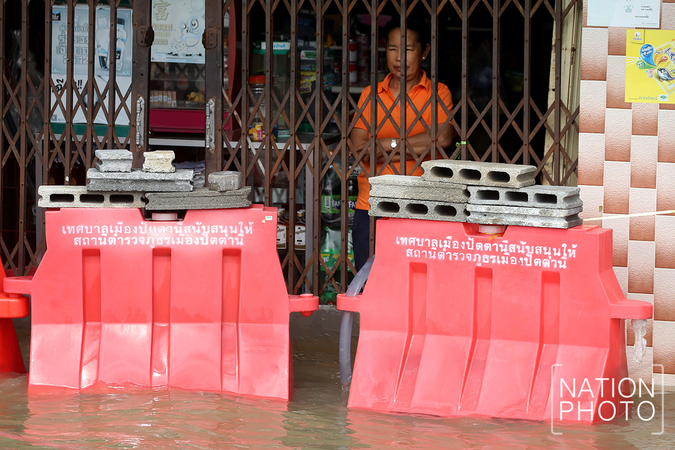 Large parts of Pattani city remained under water on Monday, despite pressure on the upstream Bang Lan dam easing from around midnight.

Flood levels in neighbourhoods around the Pattani River where still high, especially in the business area of the seaside city. Shops retained sandbag barriers to prevent water from inundating their premises, while high sea levels saw floods up to 3 metres deep in some areas.

Deputy Interior Minister Nipon Boonyamanee inspected the flooded area and revealed that 57,000 households have been affected and were in need of basic necessities including food, medicine, and clean water, which the government would supply as soon as possible. The situation would improve within two weeks if the rain eased off, he said. 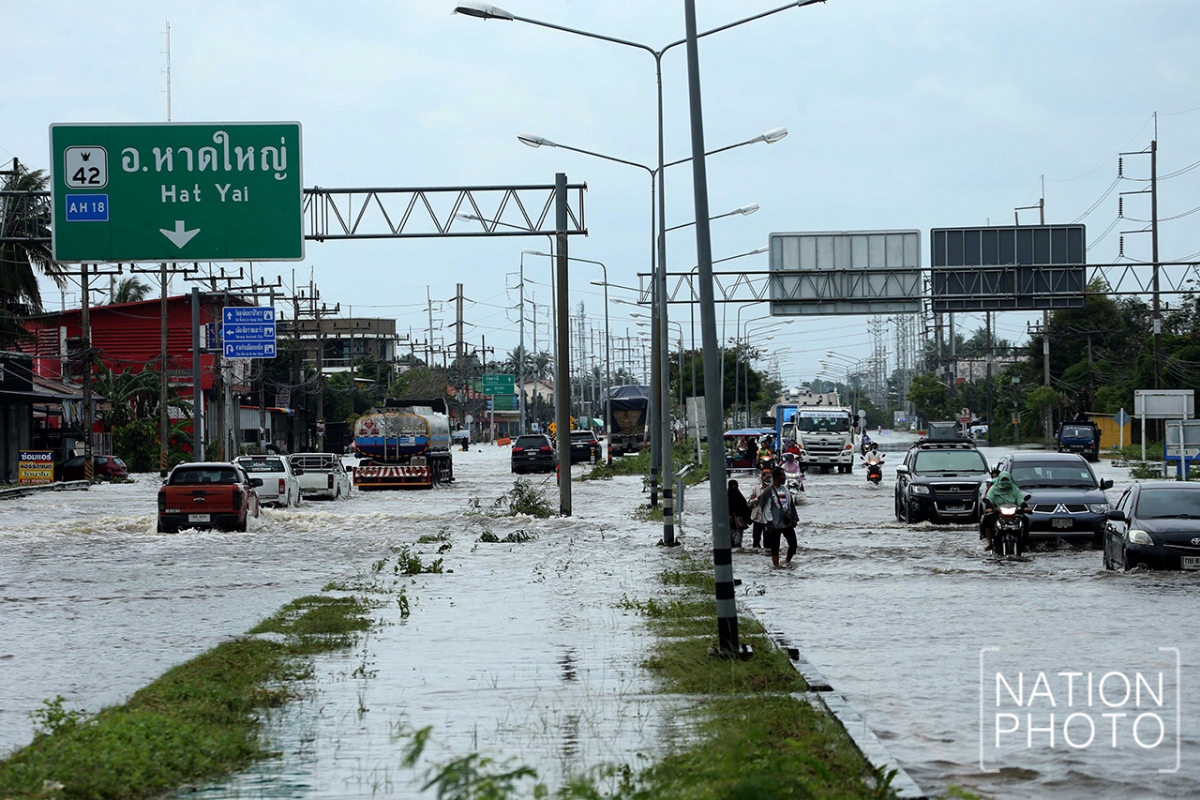 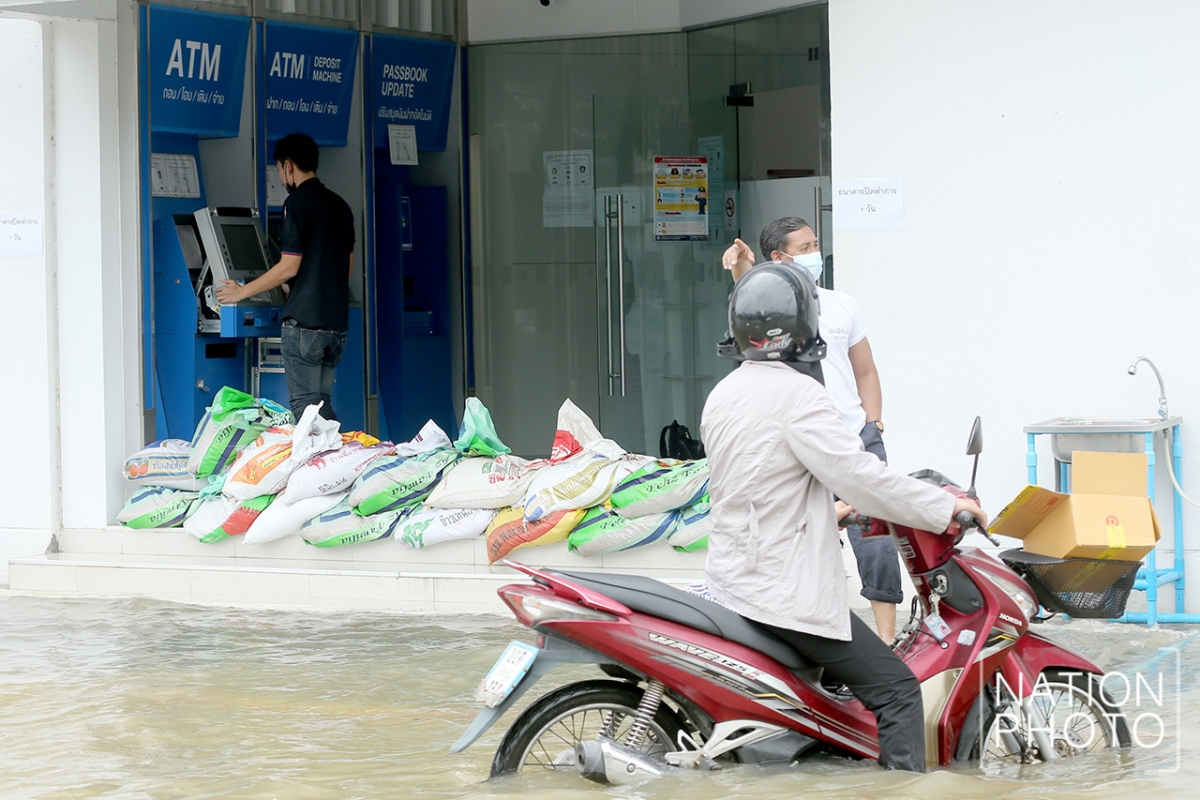 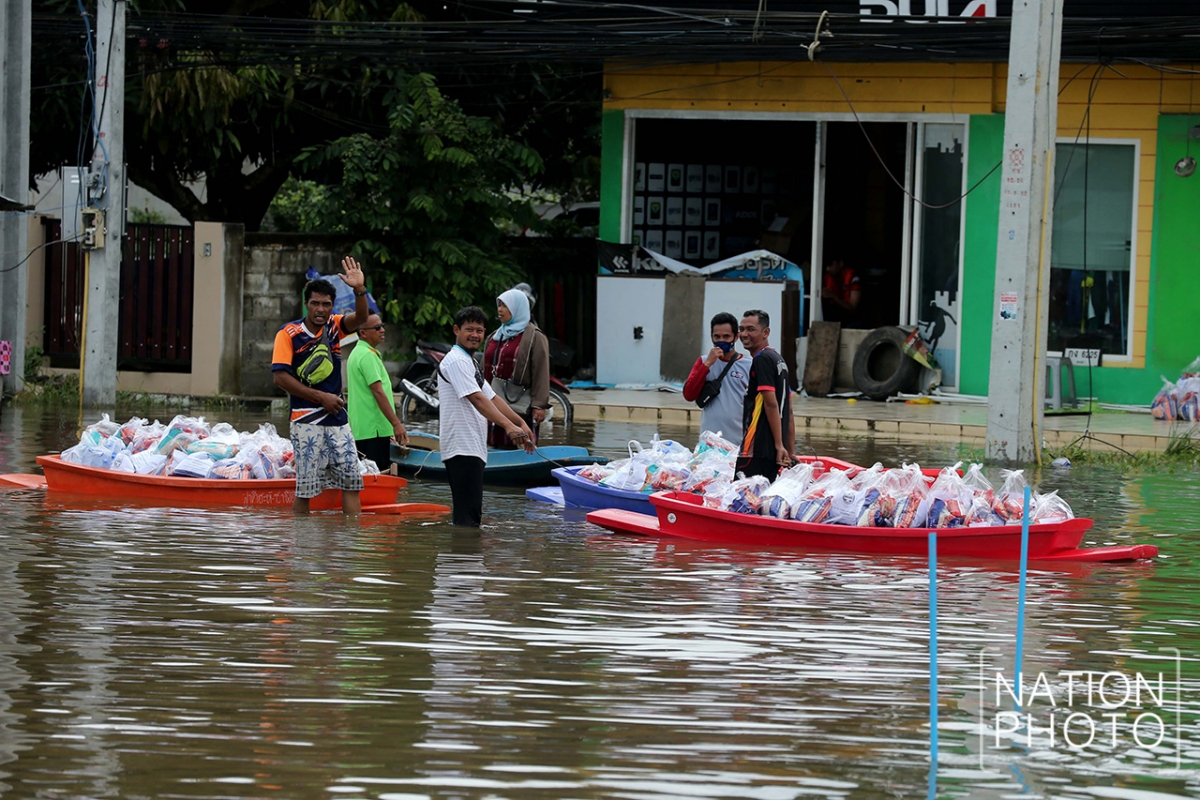