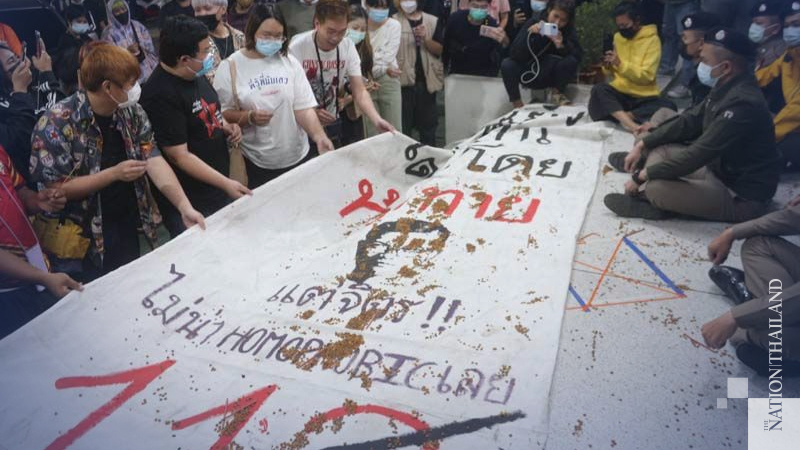 A student of Thammasat University Rangsit Campus, who was arrested on Wednesday night in his dormitory and charged with violating the lese-majeste law, according to the Thai Lawyers for Human Rights (TLHR) association, was taken by police to Thanyaburi Provincial Court on Thursday morning.

The TLHR announced the arrest at 11pm on Wednesday via its Twitter account, and identified the student as Sirichai Natueng, or “New”.

The TLHR reported at 9.50am on Thursday that officials completed the documentary procedure of detaining Sirichai. However, his lawyer was trying to free him from detention.

The hashtags #saveนิวมธ (Save New) and #ยกเลิกม112(Cancel Section 112) became the top trending topics on Twitter on Thursday morning.