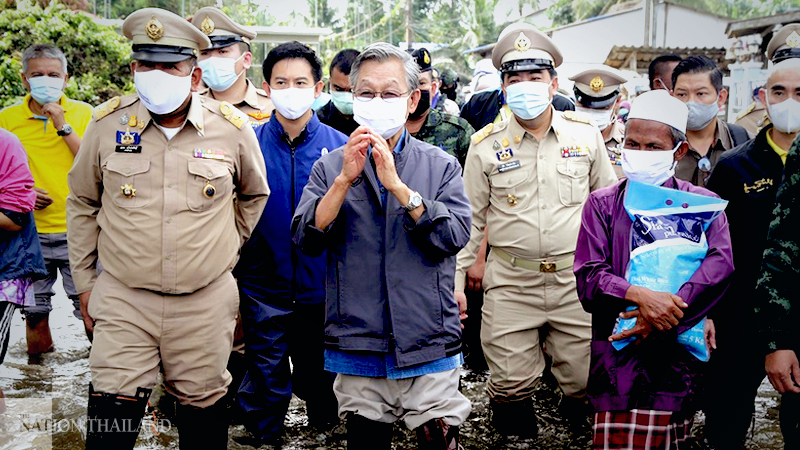 The team handed out bags of relief supplies to local residents whose homes and villages have been submerged for the past week. 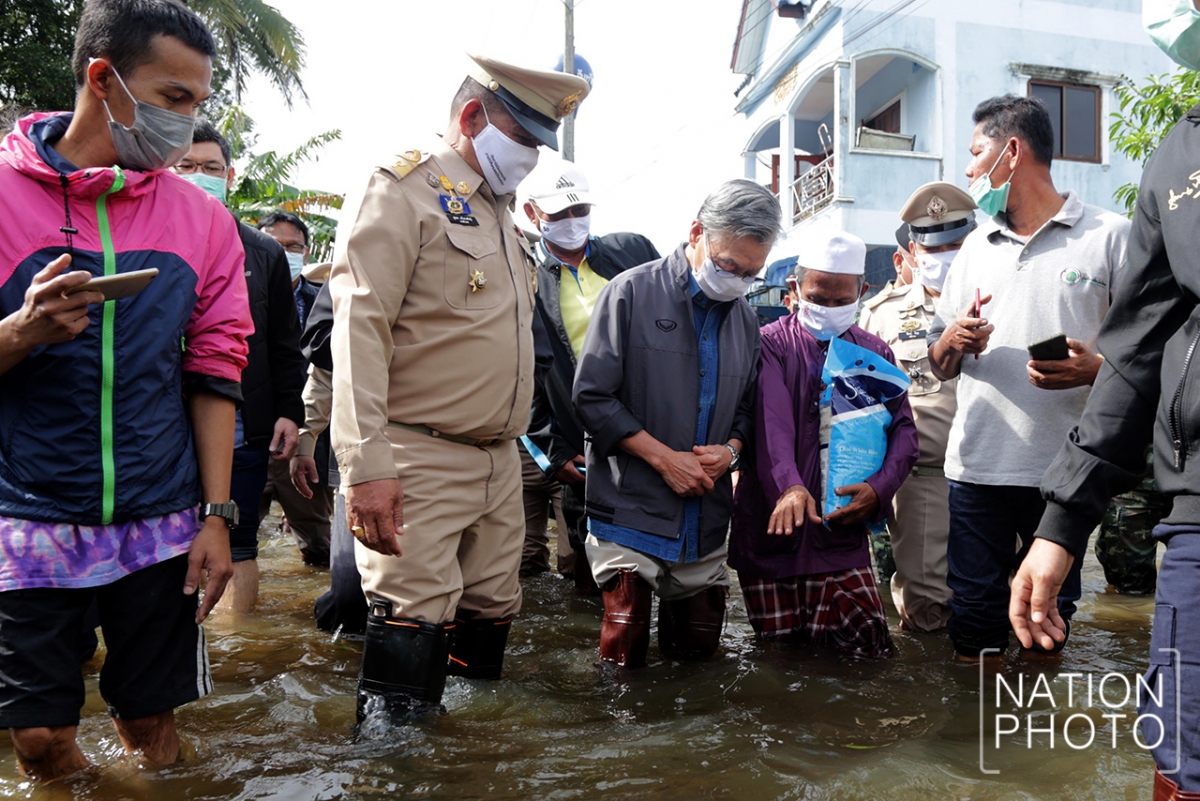 The water level in Pattani province is slowly dropping, but residents remain concerned that more rain could bring a second round of flooding. 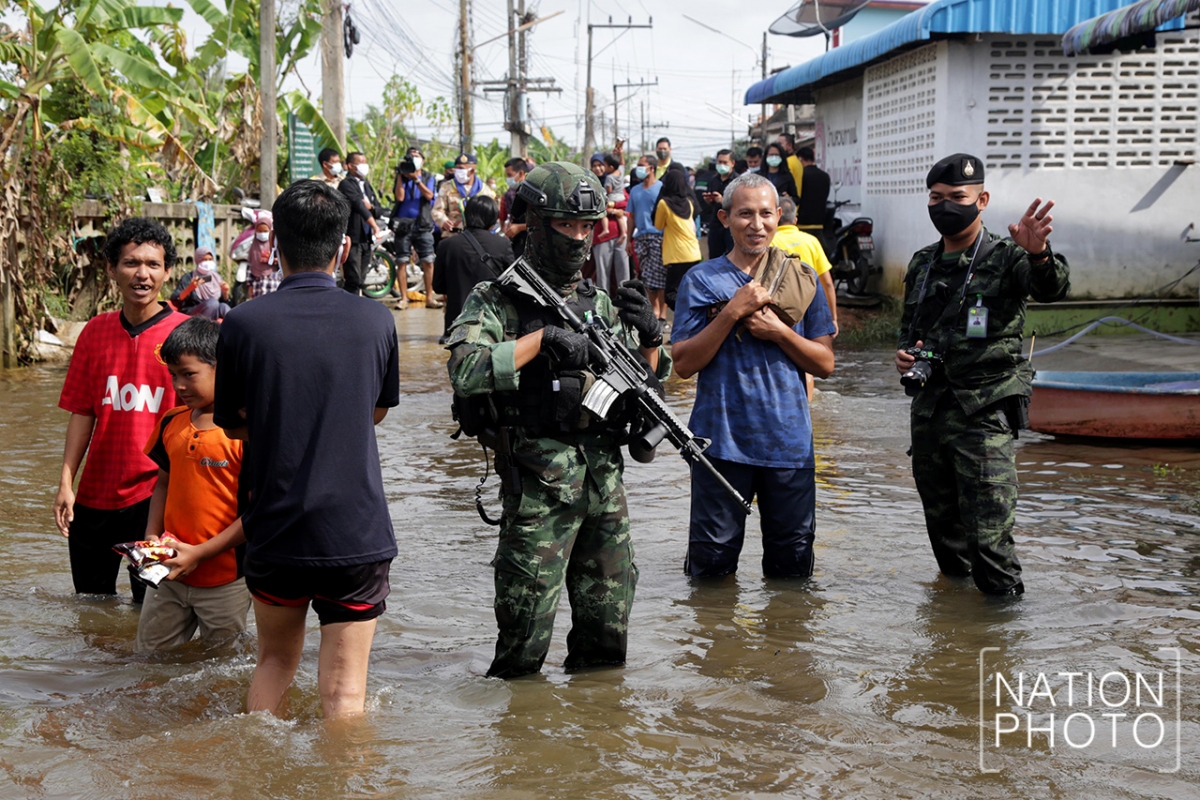 The Disaster Prevention and Mitigation Department reports that 11,642 households in Yala and Pattani are still flooded out.