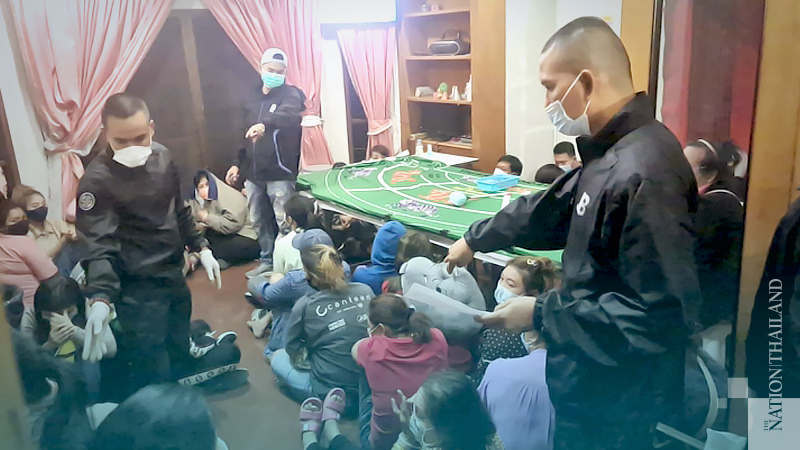 Forty people have been arrested after police raided a house in Nonthaburi province suspected of being a gambling den.

The raid of the house in Soi Wat Lad Pla Duk on Kanchanaphisek Road in Nonthaburi’s Bang Bua Thong district on Thursday night followed a tip-off.

“Officials have also confiscated decks of cards of the Dragon-Tiger game, plastic chips and some cash as evidence.” 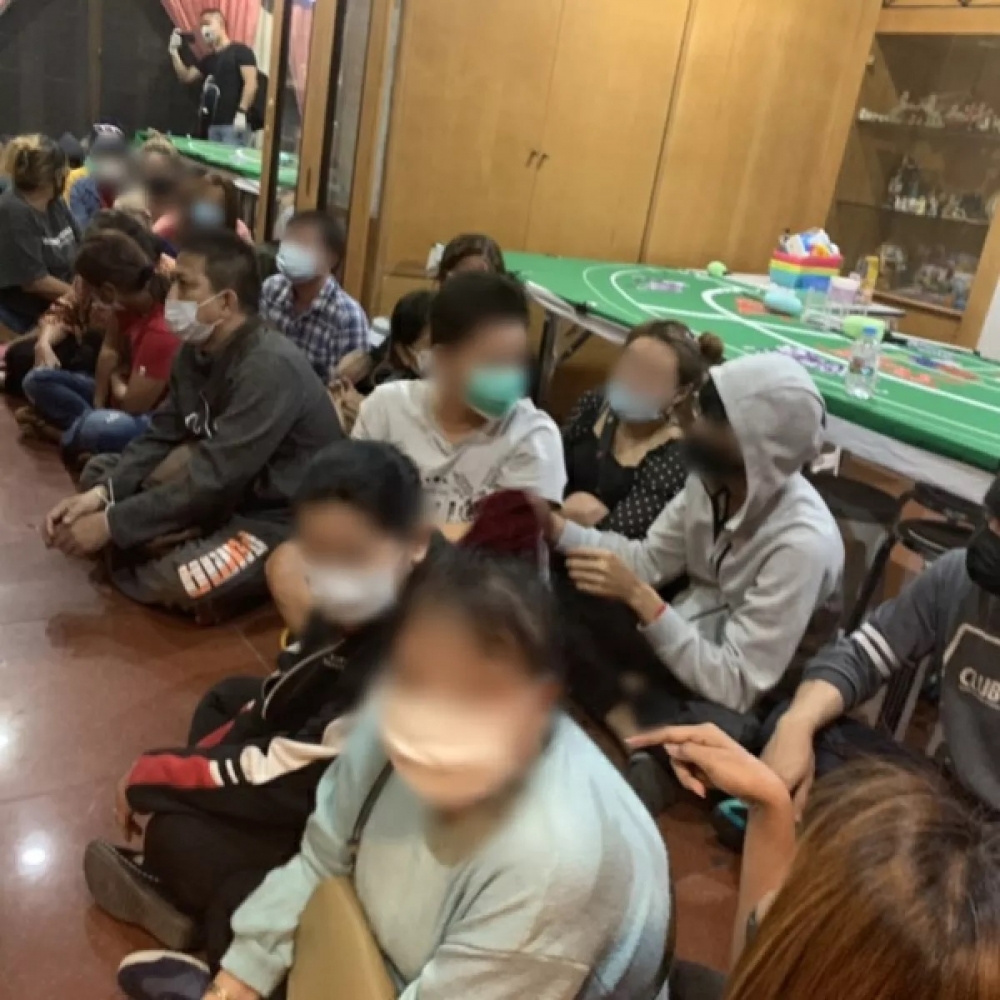 All the suspects were taken to Bang Bua Thong Police Station for interrogation and screening for Covid-19 in isolation rooms.

Preliminary investigation of the migrant workers revealed that the casino had been opened for only two days at the house and the owner had plans to move it around to other locations periodically. Police are gathering evidence and information to track down the owner.