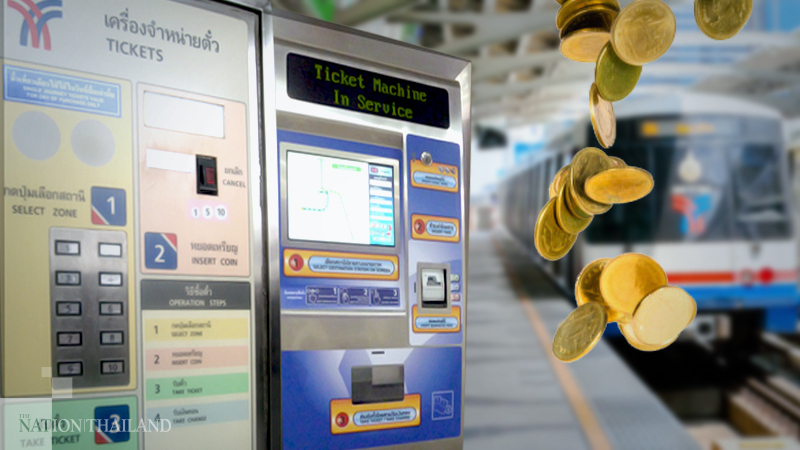 Since BTS will stop providing free services on its Green Line extension from Friday, the public is concerned that Skytrain fares may go beyond Bt100.

The Bangkok Metropolitan Administration (BMA) has, however, issued a statement putting speculation to rest, saying the ceiling for fares has been set at Bt65.

Bangkok governor Aswin Kwanmuang said on Tuesday that the Interior Ministry has proposed the fare and concession for the BTS Green Line extension to the Cabinet for approval.

He added that if the BTS concession has not been confirmed, then the BMA will have to ask the Interior Ministry of the next step.

BTSC, which has been operating the BTS Green Line extension from Bearing to Samut Prakan since 2018 and from Mo Chit to Khu Khot since 2020, has demanded more than Bt8 billion in operation costs.

The operator claims it is incurring a loss of Bt93 per passenger because the fare from end to end should be Bt158.

BMA, meanwhile, has said the government should be responsible for this as the city administration does not have enough cash to cover this cost.

“Over the past two years, fares for the Green Line extension have not been collected because it has been in the trial business. Also, BMA does not know how to set the fares because some stations are still being built,” Aswin said.