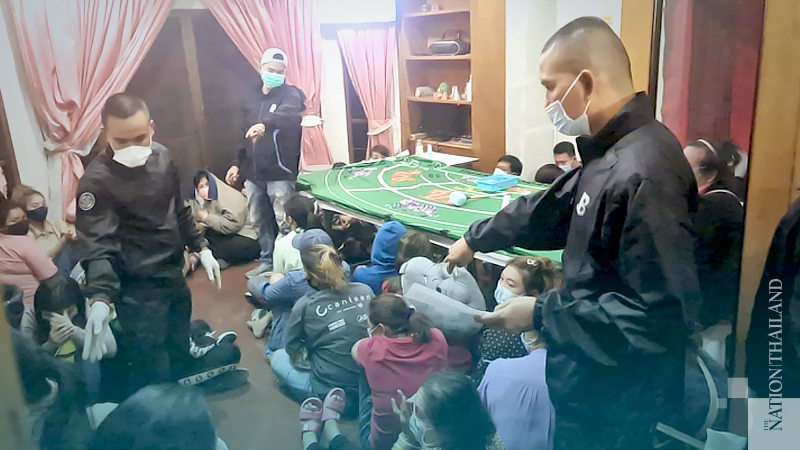 Officers from the Central Investigation Bureau had raided a house in Soi Wat Lad Pla Duk on Kanchanaphisek Road on the night of January 14 and arrested 39 gamblers at the scene while they were playing Dragon-Tiger card game.

The investigation officers told the court that the house was owned by Sorasak while Somjit organised the gambling in the form of a "moving casino", which means they would change the venues periodically to avoid police investigation.

All 41 offenders reportedly confessed to their crimes.

The court sentenced Somjit and Sorasak to three months and 15 days' jail each with no suspension. The 39 gamblers were given a 15-day jail time under one-year suspension and Bt10,000 fine each.

Related Story: 40 arrested in raid on gambling den in Nonthaburi