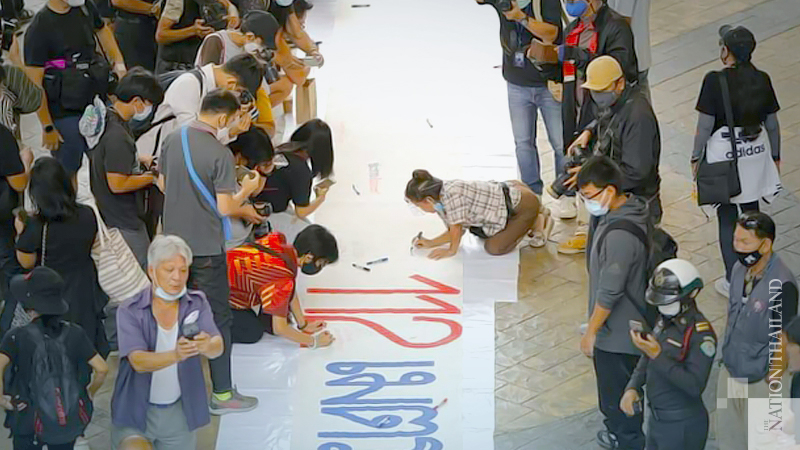 The group held a gathering at the monument to write criticisms of the premier on a 112-metre-long banner. 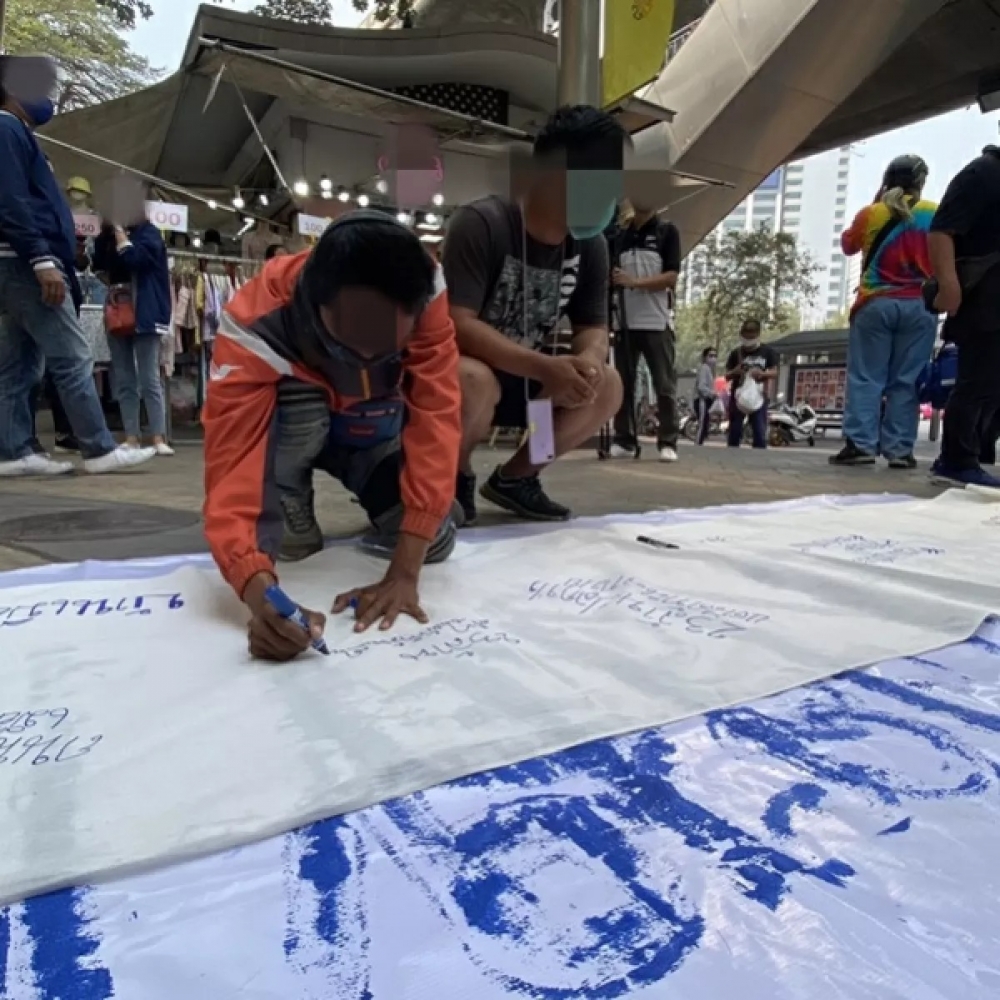 The arrested protesters were reportedly taken to Phya Thai Police Station and charged with violating the Emergency Decree on Public Administration in Emergency Situations and the Communicable Disease Act, before being sent to Border Patrol Police Region 1 headquarters in Pathum Thani province. Other participants dispersed from the area after the arrests. 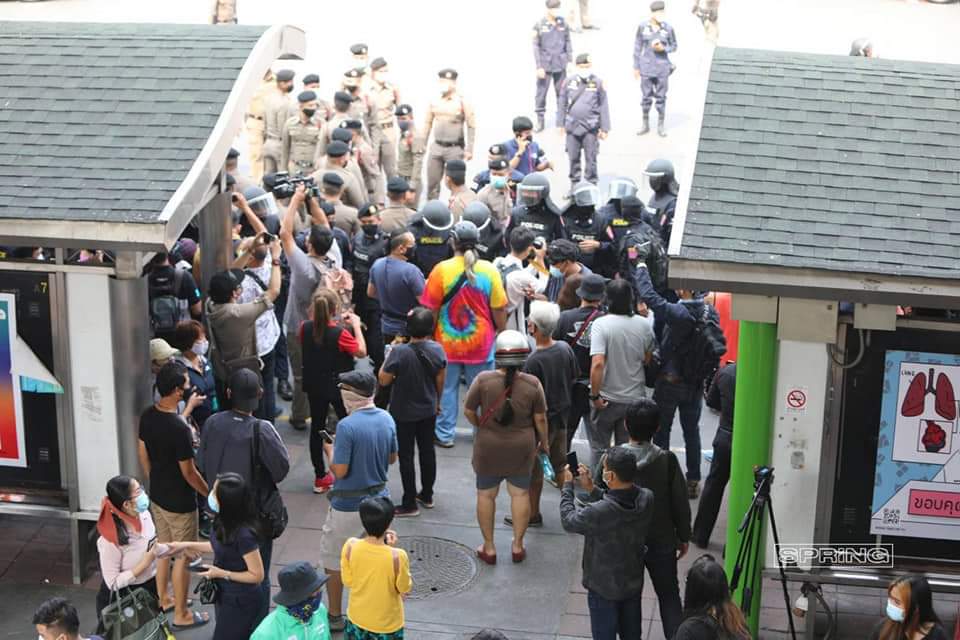 The gathering on Saturday was organised for protesters to write their opinions on a long fabric banner about Prime Minister General Prayut Chan-o-cha’s failures in handling crisis situations, as well as urging the abolition of lese majeste law, also known as Article 112, as symbolised by the 112-metre long banner.

Lese majeste has been an offence under Thailand’s Criminal Code since 1956. Article 112 of the code states: “Whoever defames, insults or threatens the King, the Queen, the Heir-apparent or the Regent shall be punished with imprisonment of three to 15 years.”