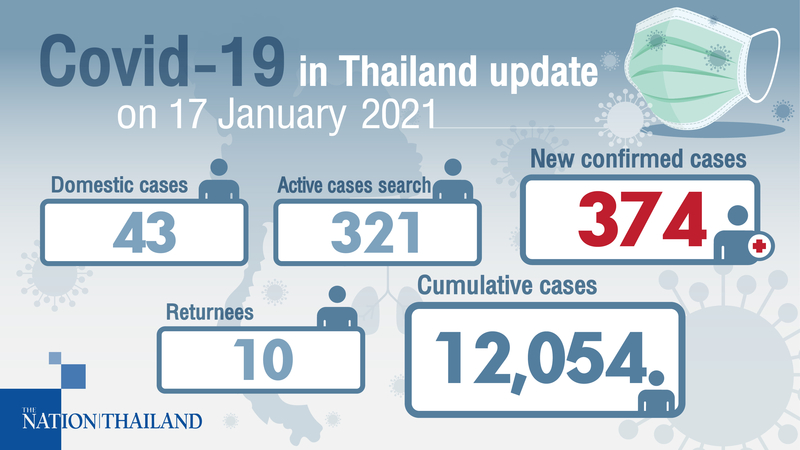 Of the total, 10 had arrived from foreign countries.

Six are Thai nationals -- three coming from Malaysia, one from Qatar, one from United States, and one from Denmark.

An American man, a German man, and two Indians flying in from their respective countries also tested positive.

Of the new cases, 43 were exposed to the virus while visiting high-risk areas. Provinces with the highest number of infections are Bangkok with 10 and Samut Sakhon with 24.

Meanwhile, 109 patients have recovered and been discharged.

The total number of confirmed cases in Thailand has risen to 12,054 – 9,777 of which were contracted domestically including 3,707 found via proactive testing, and 2,277 returnees. So far, 9,015 have recovered and been discharged, 2,969 patients are still in hospital and the death toll remains at 70.

CCSA spokesman Dr Taweesin Visanuyothin said 7,817 cases had been found in the second wave since December 18. He said there was a downward trend, but peak daily numbers were seen in the red-coded areas, including Bangkok.