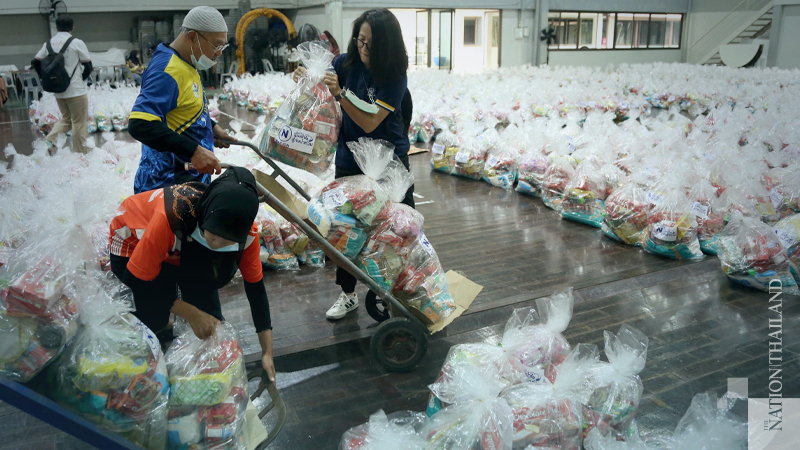 Nation TV, in collaboration with volunteer partners, launched a caravan to deliver 2000 sets of survival bags to flood victims in the three deep South provinces. Pattani got 853 bags, Yala 872 and Narathiwat 275.

At CS Pattani Hotel, the Nation TV news team brought the donations through Nation Foundation under the scheme "Nation TV: Joining together to fight flood disaster". They were joined by Pattani Task Force to help deliver the aid to the victims.

Floodwater levels in some areas of Pattani province are still high, such as in Ban Yuemo village, Moo 8, Barahoh subdistrict in Muang district of Pattani. 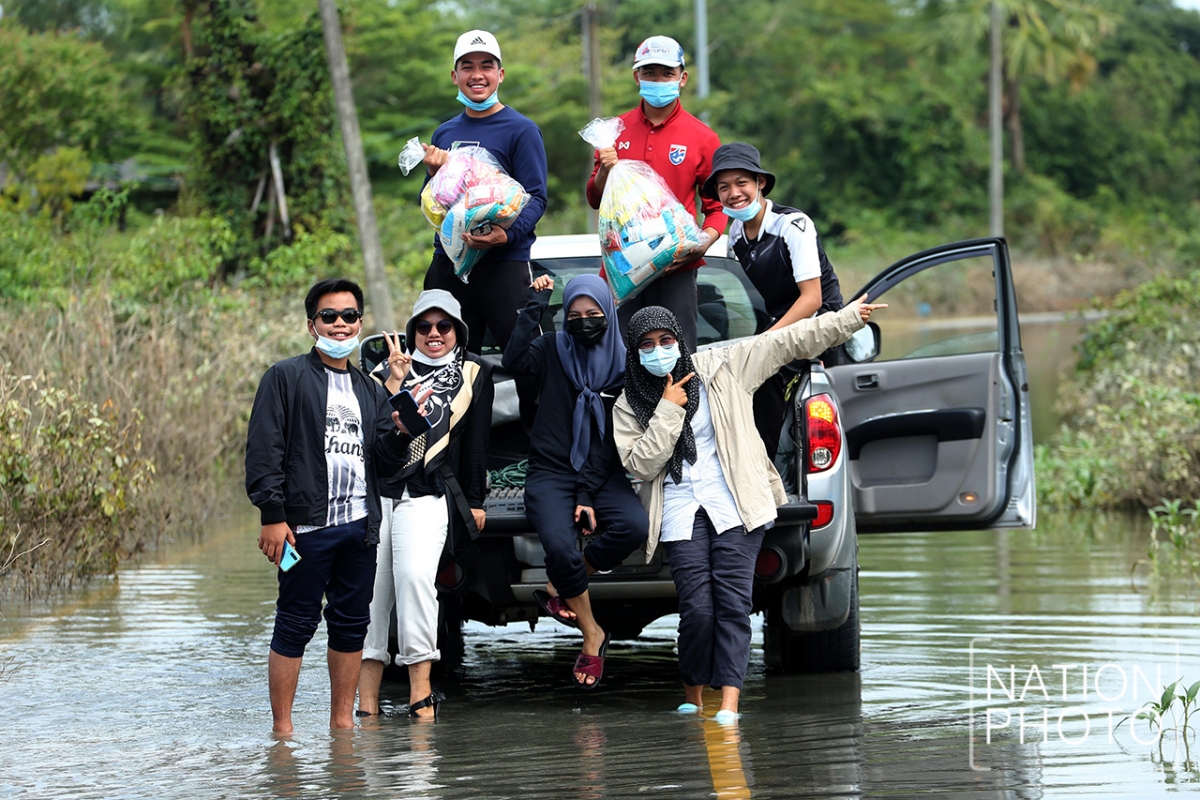 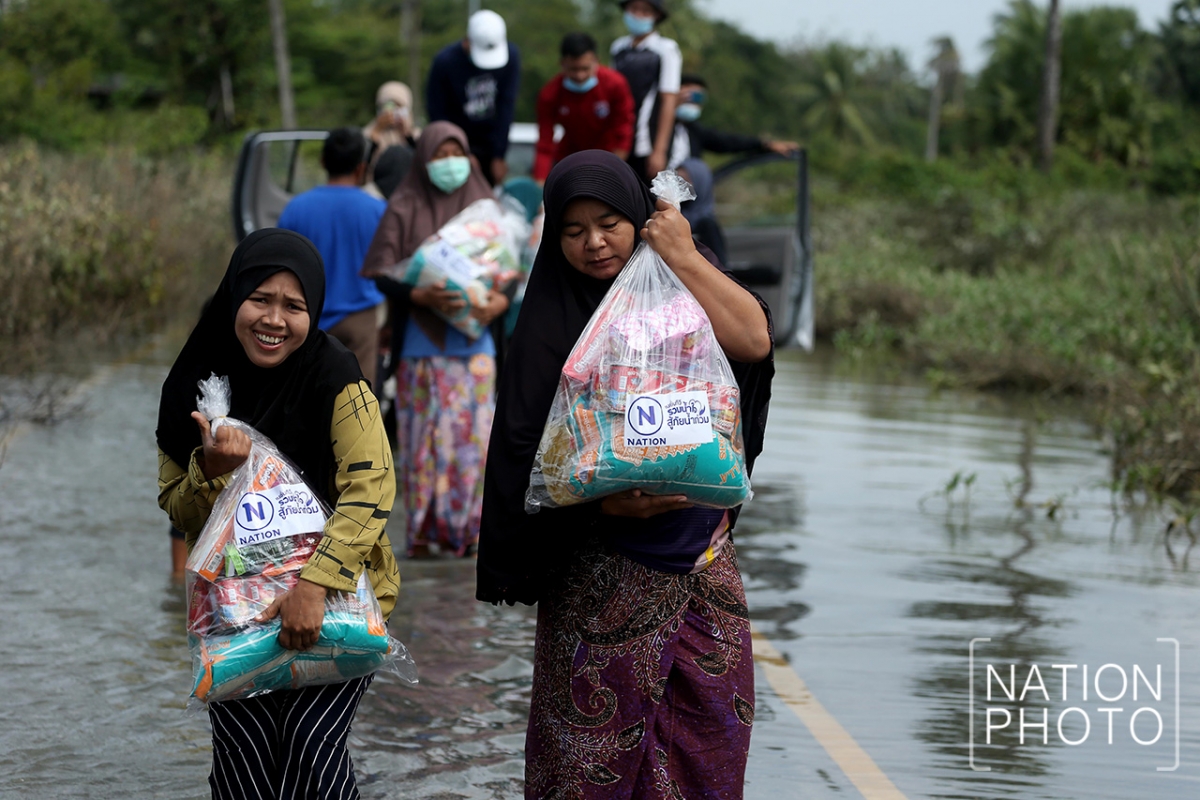