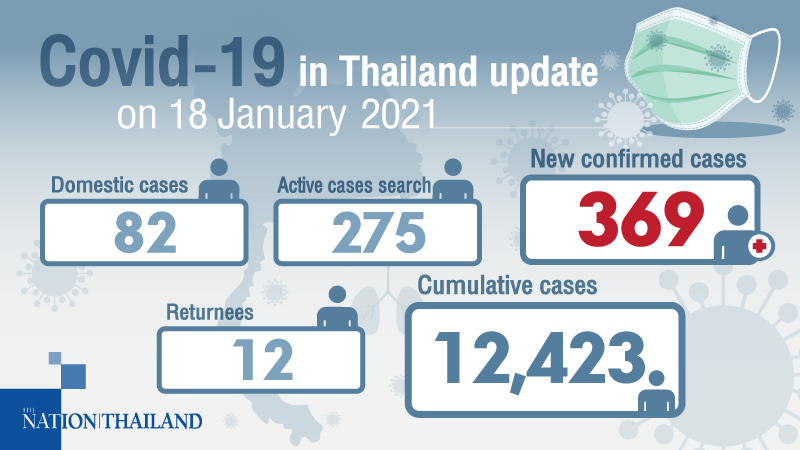 The Centre for Covid-19 Situation Administration (CCSA) reported 369 new cases on Monday, including 12 people who arrived from overseas.

Of the returnees, eight are Thai nationals -- one from the United Kingdom, one from Germany, five from Malaysia, and one from Bahrain.

Also testing positive were two American men, a French man and an Omani woman, who flew in from their respective nations.

Of the new cases, 82 were exposed to the virus while visiting high-risk areas. Provinces with the highest number of infections were Bangkok with 12 and Samut Sakhon with 51.

Meanwhile, 191 patients have recovered and been discharged.

The total number of confirmed cases in Thailand has risen to 12,423 – 10,134 of which were contracted domestically, including 3,982 found via proactive testing and 2,289 returnees. So far, 9,206 have recovered and been discharged, 3,147 patients are still in hospital and the death toll remains at 70.