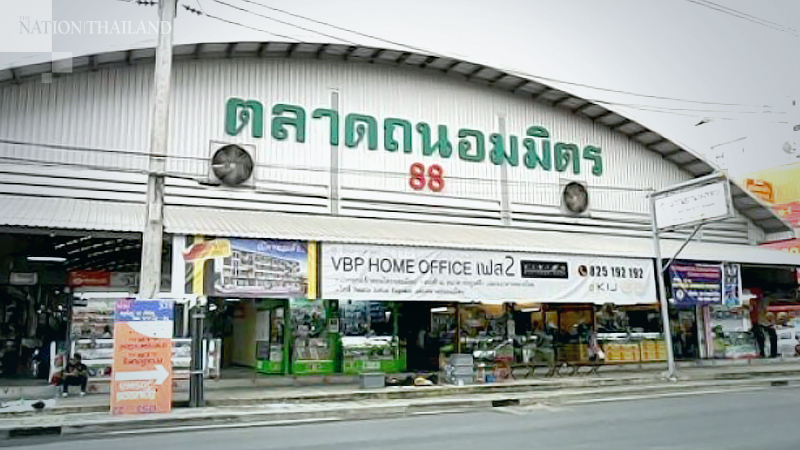 Thanommit Market in Bangkok announced via its Facebook page that a male vendor who ran a food stall at the market had tested positive for Covid-19.

The vendor was among 10 cases confirmed by Bangkok Metropolitan Administration (BMA) on Sunday.

“Upon receiving the notification from the Bang Khen public health office, market staff told the vendor to close his stall and go home immediately to prepare for treatment,” the announcement said.

“After he left, we cleaned his stall and the nearby areas with disinfectant and closed the areas off temporarily.”

The market will be shut from January 19 to 21 to perform thorough cleaning in all areas and reopen on January 22, the FB post said.

“On Tuesday, officials from the Ministry of Public Health and Bang Khen district office would collect samples from merchants and market staff and would release the results by January 21,” said the announcement. “Merchants who test negative will be allowed in the market to prepare their stalls for the opening on Friday.”

The market also posted a timeline and travel history of the merchant, who is the 437th case in Bangkok.

From December 29 to January 9, he came to work at Thanommit Market on a personal motorcycle.

On January 10, he visited a relative at Chatuchak Market on his personal motorcycle, while having symptoms of coughing and phlegm.

From January 11-13, he came to work to Thanommit Market on his personal motorcycle.

On January 14, he received testing from Bangkok’s mobile testing unit and was found to be infected at 7pm.

On January 15, he was admitted to a hospital for treatment.