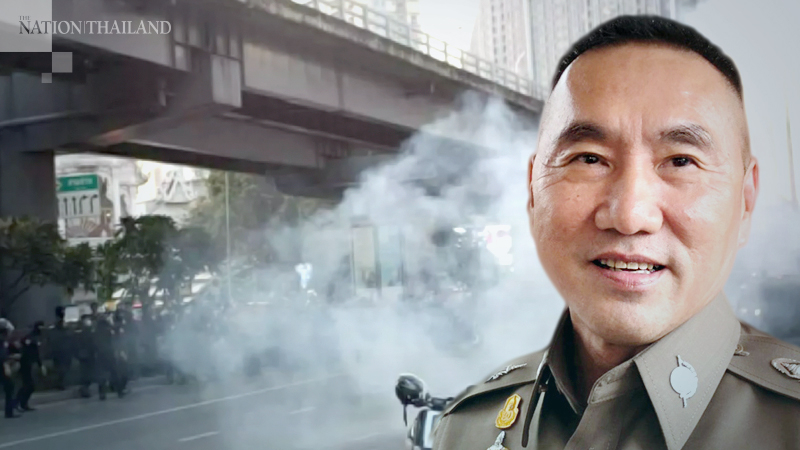 Attackers who threw a bomb at a Sam Yan intersection protest on Saturday have fled to Bangkok’s Thonburi district, the Metropolitan Police Bureau said on Monday.

The attack occurred as pro-democracy protesters gathered at the intersection in front of Samyan Mitrtown, to demand the release of protesters arrested at Victory Monument earlier in the day.

The improvised bomb exploded at around 6pm, injuring four people – a passer-by, a reporter and two policemen.

He added that the blast was caused by a so-called ping-pong bomb, similar to the one used in a recent brawls between vocational students in Samut Prakan province.