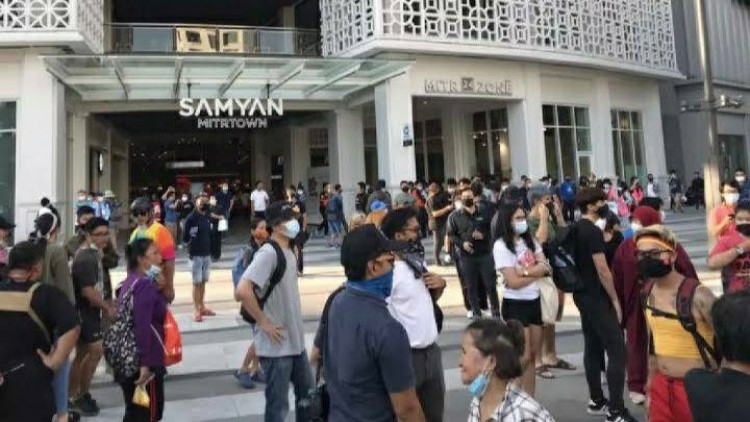 Two courts in Bangkok on Monday granted bail to six protesters arrested at Victory Monument and Samyan Mitrtown on Saturday.

Dusit Municipal Court granted bail of Bt20,000 bail each to two leaders of a group arrested at Victory Monument while creating a 112-metre-long banner with slogans criticising the prime minister.

They are charged with violating the emergency decree concerning Covid-19 and the Communicable Disease Act.

Meanwhile, Patumwan Municipal Court granted Bt20,000 bail each to four protesters who had been arrested in front of Samyan Mitrtown complex at a demonstration demanding the release of the two leaders arrested at Victory Monument earlier.

They are charged with violating the emergency decree.