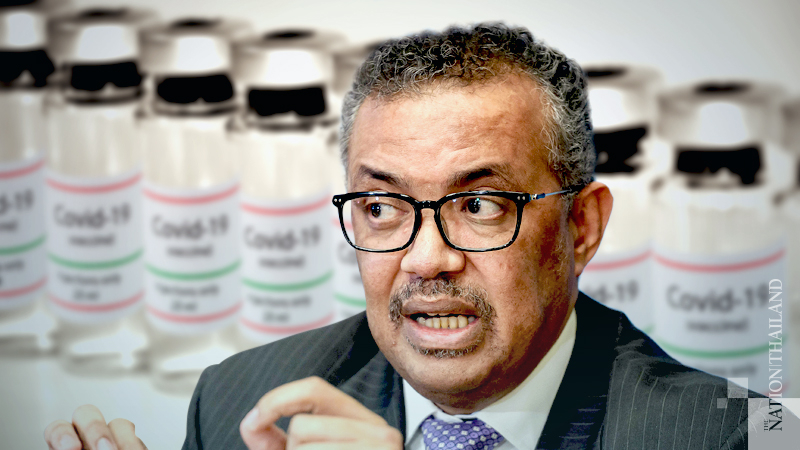 The head of the World Health Organization warned Monday that the world is on the brink of a "catastrophic moral failure" if wealthier nations don't ensure the equitable distribution of vaccines to combat the coronavirus pandemic.

WHO Director General Tedros Adhanonom Ghebreysus, who repeatedly has warned richer countries against excluding poorer ones by cutting bilateral deals with vaccine suppliers, took his rhetoric up a notch in his opening remarks at an executive board session.

"I need to be blunt: The world is on the brink of a catastrophic moral failure - and the price of this failure will be paid with lives and livelihoods in the world's poorest countries," he said, noting that while 39 million doses have been administered in more than 40 higher-income countries, one poor country has so far just given out 25 doses.

While Tedros hailed the vaccine rollout as a great scientific achievement, he noted that there were lessons to be learned from past global pandemics when vaccines took a long time to reach developing countries. The current crisis was a chance to "rewrite history," by ensuring that vaccines are distributed fairly between countries and to those who need them the most.

WHO has partnered with several vaccine makers to provide 2 billion doses to a consortium of low-income countries in an initiative dubbed Covax, but Tedros said there are concerns the vaccines won't be delivered.

"Even as they speak the language of equitable access, some countries and companies continue to prioritize bilateral deals, going around Covax, driving up prices and attempting to jump to the front of the queue," he said.

He called on wealthier countries to hold off on vaccinating their young and healthier adults so that older people and front-line health workers in developing countries could receive their doses of the vaccine.

His warning came as wealthier nations such as Britain scramble to vaccinate the vulnerable amid a fresh outbreak of the virus which experts say was triggered by a new and highly contagious variant that his since been identified in many other countries.

The British government has vowed to vaccinate its four priority groups - which include National Health Service workers and care home residents by Feb. 15.

England's Department of Health and Social Care said Sunday that an estimated 45 percent of people over the age of 80 have now been vaccinated and that over 1 million people within the age group had been invited to book their vaccine appointments.

In Europe, several countries including Sweden and Finland have expressed concern and anger that shipments of the Pfizer vaccine have been delayed, calling the setback - which the U.S. firm called a temporary delay - "unacceptable."

The president of the European Commission, Ursula von der Leyen, said last week that Pfizer had agreed to supply the EU with 600 million doses this year.

Those in Africa face a much longer wait for help, with the Africa Centers for Disease Control and Prevention estimating the a distribution program may not begin until April.

Ahmed Ogwell Ouma, deputy director of the Africa CDC, said last month that those in African nations were "often holding the short end of the stick."

India, which has the second-highest coronavirus caseload in the world, is also beginning mass vaccination efforts and hopes to immunize around 300 million people by summer - despite concerns that one of the vaccines may not work.