Leaders of the Ratsadon (People’s Party) anti-establishment movement showed up at Pathum Wan Police Station on Wednesday morning to answer their summonses for allegedly violating the lese majeste law.

The leaders, including Parit “Penguin” Chiwarak, Panusaya “Rung” Sithijirawattanakul, Panupong “Mike” Jadnok and Benja Apan, were there to acknowledge allegations of violating the Criminal Code’s Article 112.

Police issued summonses for the four leaders and two minors for allegedly criticising the monarch in speeches delivered on December 20 at Bangkok’s Siam Paragon shopping complex. 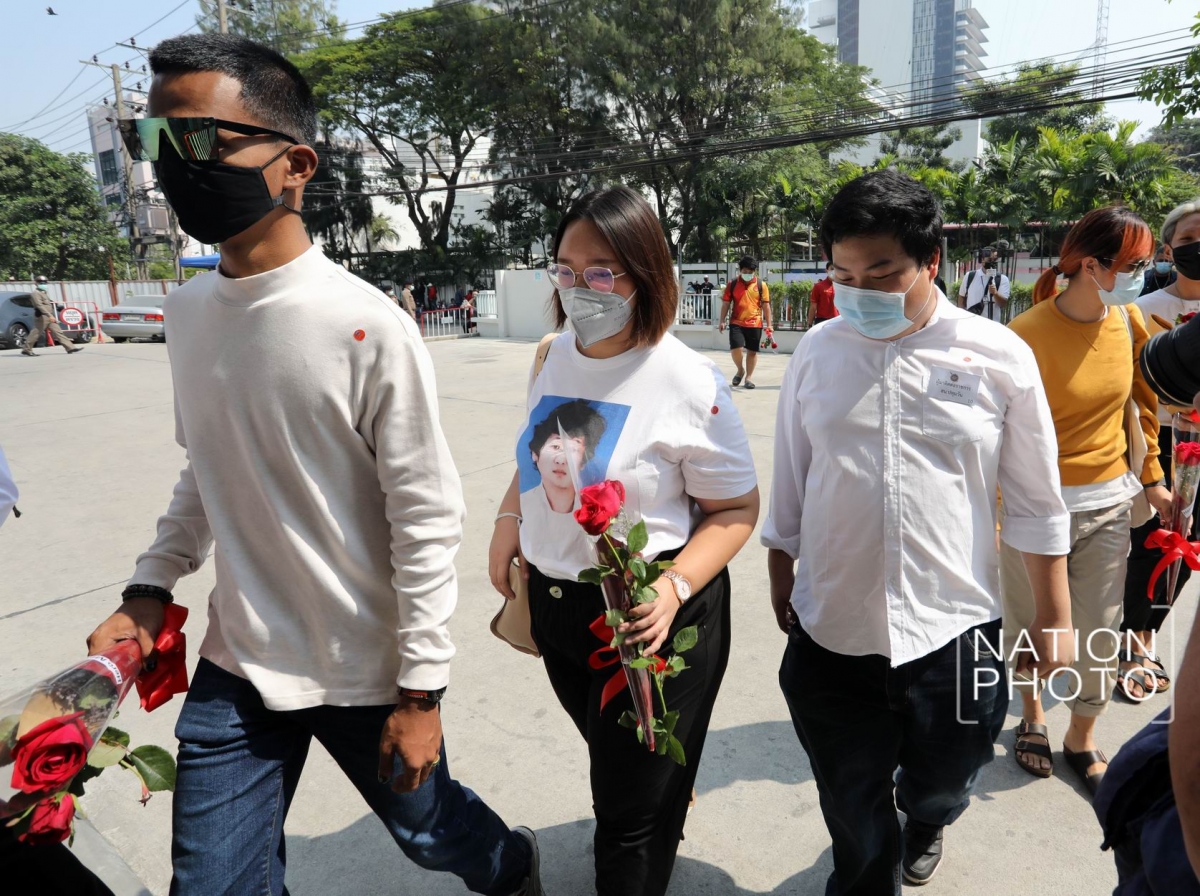 The protest leaders were met by a group of supporters when they arrived at the police station and were handed roses for moral support. The group had also hung a banner reading “[Police] do not arrest drug traffickers and gamblers, but only arrest students”, but it was soon taken down by police. 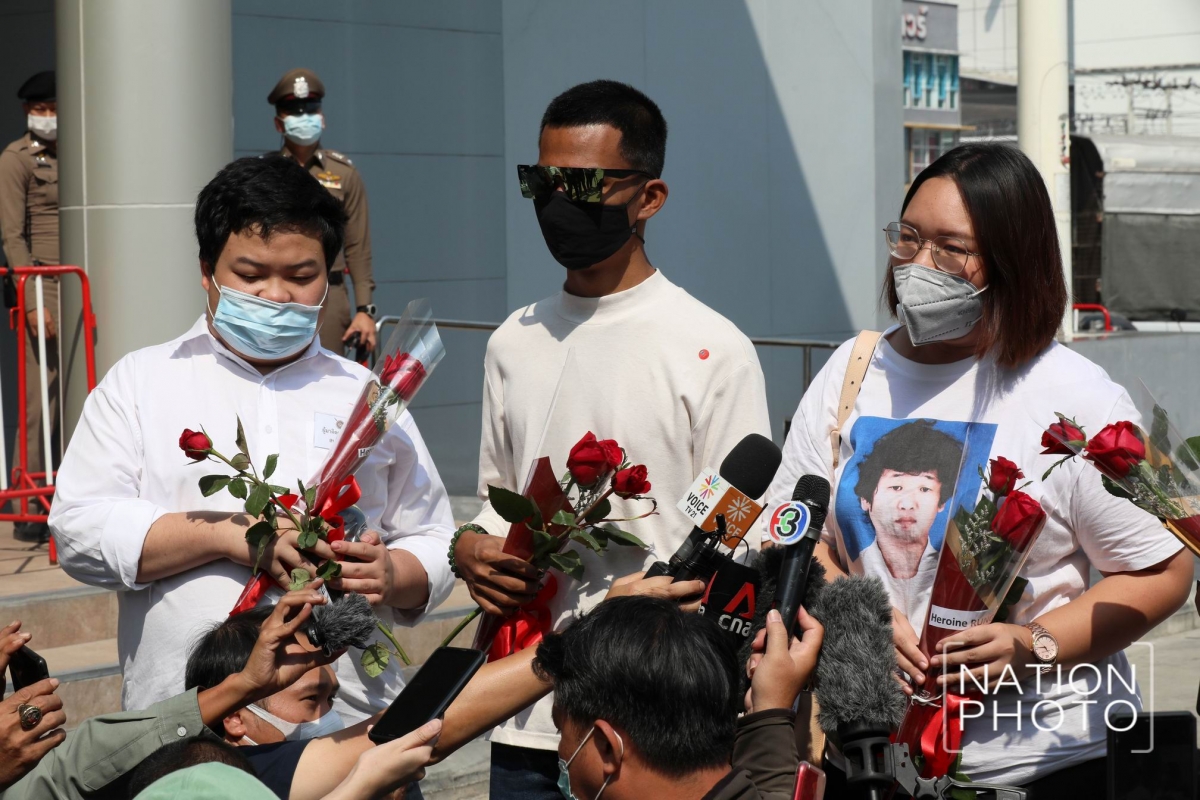 Article 112 states that “whoever defames, insults or threatens the King, the Queen, the Heir-apparent or the Regent shall be punished with imprisonment of three to 15 years”.