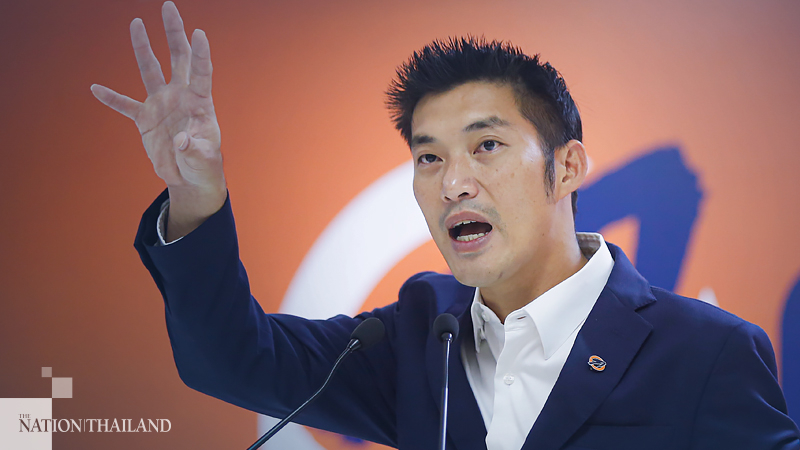 Leader of the Progressive Movement, Thanathorn Juangroongruangkit, issued a statement on Thursday explaining his action on Monday, which resulted in him facing several charges.

On Monday, Thanathorn went on Facebook Live to slam the government for its tardiness in providing Covid-19 vaccines. He also pointed to royal links with Siam Bioscience, which is tasked with manufacturing the vaccine locally.

His announcement prompted the Digital Economy and Society Ministry to immediately file lese majeste charges against him, as well as the charges of violating the Computer Crime Act.

Undeterred, Thanathorn insisted on Thursday morning that making vaccines available in February was too late, especially since other countries like Israel, UAE, the UK and the US, have started inoculating their people.

He also said that inoculating people as soon as possible will help stabilise the country’s economy, adding that the only thing the government has successfully done, so far, is purchasing 26 million doses from AstraZeneca. Thanathorn said the 26 million doses plus the 2 million doses from China’s Sinovac is not enough to inoculate the entire population.

He said many countries have made deals with different producers so they can procure enough vaccines for their populations. In fact, he said, some have even purchased more than is required.

Thanathorn also said he believes the Siam Bioscience/AstraZeneca deal is a private one that the government has signed, which explains why the number of vaccines to be procured is not enough to cover the entire population.

He also questioned why Siam Bioscience was the only corporation that has been given the right to manufacture the AstraZeneca vaccine in Thailand. Besides, he pointed out, this company also gets funding from the government.

Thanathorn also slammed the government for slapping him with charges, saying he was within his rights as a citizen to speak up.