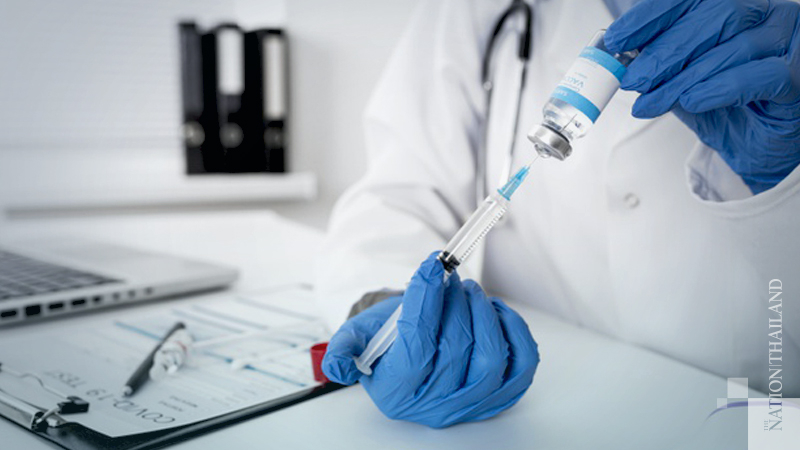 WASHINGTON - People who have received their first dose of a coronavirus vaccine can schedule their second shot up to six weeks later if they are not able to get one in the recommended time frame, according to updated guidance this week from the Centers for Disease Control and Prevention.

The agency also said that in "exceptional situations," patients may switch from one of the authorized vaccines to the other between the first and second doses.

The recommended interval between doses is three weeks for the Pfizer-BioNTech vaccine and four weeks for Moderna's.

"The second dose should be administered as close to the recommended interval as possible," according to guidance updated Thursday. But if it is not feasible to get the second dose in that period, the CDC says a second shot may be scheduled "up to 6 weeks (42 days)" after the first shot.

"We're just ensuring clinicians that if they can't do it at exactly 21 days or 28 days, that there's leeway or flexibility," CDC spokeswoman Kristen Nordlund said.

The CDC updated its initial guidance after it "received feedback that some flexibility in our language might be helpful to reduce barriers to vaccination, especially if there are challenges around returning on a specific date or if someone's circumstances had changed," such as being discharged from or entering a long-term care facility, Nordlund said.

"As always," she said, "CDC encourages people to follow our guidance around intervals and interchangeability, but we also don't want our guidance to be so rigid that it creates unintended barriers."

The updated guidance comes as the United States and other countries seek to accelerate vaccination efforts while health officials warn of broader circulation of more transmissible variants of the coronavirus. In the United States, the often-chaotic vaccine rollout has led to confusion, last-minute cancellations of appointments because of vaccine shortages and delays, sign-up websites crashing and long lines outside clinics.

Spacing the doses out would allow for more people to get vaccine, experts said. Although there is limited data on how well the vaccines will work when doses are given six weeks apart, the additional two-week delay is unlikely to compromise a person's immunity during that period, said Jeanne Marrazzo, an infectious-diseases expert at the University of Alabama at Birmingham School of Medicine.

The vaccines were authorized and began rolling out in December. "Now, we're transitioning from clinical trials to the real world," where some states awaiting shipments of vaccine have had to cancel appointments, said Helen Boucher, an infectious-diseases expert at Tufts Medical Center in Boston.

The six-week interval for a second dose lets patients know "there's no scare, no terrible upheaval" if they don't get their second dose at 21 or 28 days, Boucher said.

This month, the World Health Organization's vaccine advisory group recommended the Pfizer-BioNTech vaccine and urged that the vaccine doses be given 21 to 28 days apart. But in certain situations, the WHO said, that can stretch up to six weeks.

In the United Kingdom, vaccine advisers recently recommended 12-week intervals between shots of the two vaccines cleared for use there, Pfizer-BioNTech and Oxford-AstraZeneca, because of shortages.

There is little data about the safety and effectiveness of mixing the Pfizer and Moderna vaccines, experts said. But because the two vaccines rely on the same underlying genetic technology, known as mRNA, and because they trigger the body to produce the same immune response to the virus, a person getting one dose of one vaccine and a second dose of another would have protection, Marrazzo said.

She said the newly revised CDC guidance was a practical solution that makes sense scientifically given the similar mechanisms and composition of the two vaccines. "Your cells are being instructed to make the exact same protein [to fight the virus], no matter which one you get," she said.

The CDC guidance says, "Every effort should be made to determine which vaccine product was received as the first dose, in order to ensure completion of the vaccine series with the same product." But it also states: "In exceptional situations in which the first-dose vaccine product cannot be determined or is no longer available, any available mRNA COVID-19 vaccine may be administered at a minimum interval of 28 days between doses to complete the mRNA COVID-19 series."

The CDC's Nordlund said such situations could include someone who gets a first dose but doesn't know whether it is the Pfizer or Moderna product and clinicians and health officials also can't figure it out. People getting their first shots are given a card that records the vaccination they received. That information is supposed to be entered into state immunization registries.

Another exceptional situation could involve a resident of a long-term care facility who is vaccinated and later discharged to the community, where the same vaccine is not available for the second dose, and there would be "significant barriers to getting the right vaccine product," which could result in the person getting only one dose, Nordlund said.