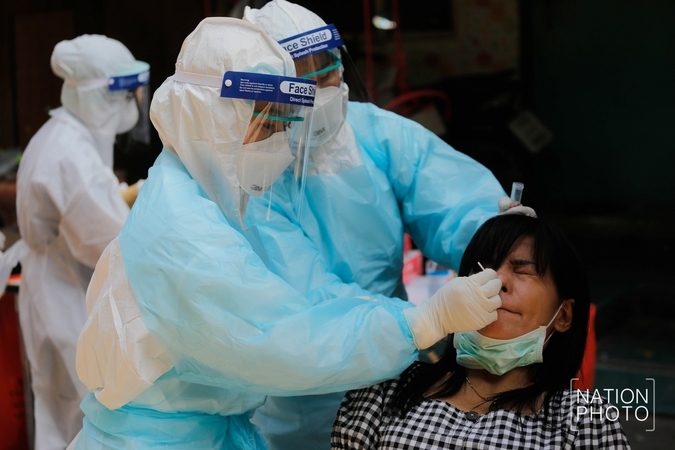 The Covid testing is carried out in Samut Sakhon province on Dec 20.

The Centre for Covid-19 Situation Administration (CCSA) has said that its proactive testing operations in Samut Sakhon province last week had led to 70,000 people being tested of whom 5,332 were found to be infected.

Seven per cent of those who were tested were found to be infected, Apisamai said, adding, this could help predict the number of cases next week and enable preparation for treatment such as hospitals, field hospitals and quarantine facilities. Initially, all places are ready to take care of treatment of Covid-19 patients

"I would like to ask for cooperation from the public sector in Samut Sakhon. There will be more aggressive testing to create more green areas. It would also help plan for reduction of shutdown measures, allowing communities, educational institutions and various places to operate. If all parties help each other, the outbreak in Samut Sakhon would be under control in two weeks, or by February 15. Apisamai called for cooperation in all areas as intensive scrutiny is required from January 25 to 31 to ensure the numbers go down.

The assistant spokesperson encouraged people to follow healthy practices so that the government could relax lockdowns in many areas.