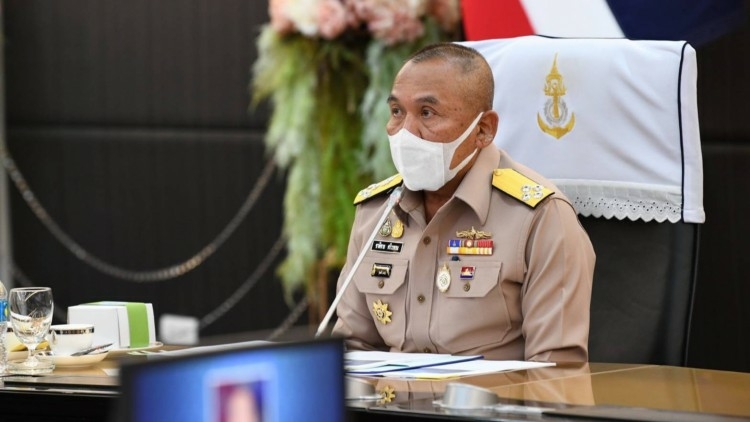 Admiral Chatchai Sriworakhan, Commander-in-Chief of the Royal Thai Navy, has set up an investigation committee to look into the alleged involvement of 16 Navy officials in drug trafficking in Nong Khai province, Navy spokesman Rear Admiral Chettha Jaipiam said on Monday.

The chairman of the Crime Victims Assistance Club, Atchariya Ruangrat-tanapong, had lodged a complaint with the Anti-Corruption Division Police earlier on Monday that Navy officials may be involved in a drug trafficking operation that took place earlier this month.

According to Atchariya, on the night of January 10 officials from the Department of Provincial Administration in Nong Khai seized 2 million amphetamine tablets and 116kg of methamphetamine from a drug trafficker who uses Mekong River as transport route, but the suspect reportedly fled the scene.

“About 20 minutes after the drug seizure, two men who claimed that they were officials from Navy’s Mekong Patrol Operation Command took the drugs from Nong Khai officials, saying that they would secure the evidence and later hold a press conference on the drug seizure,” said Atchariya. “However, the press event was later cancelled.”

According to Atchariya’s complaint, 14 other Navy officials were believed to have taken part in the operation.

Chettha added that the Navy would investigate this matter straightforwardly and would enforce disciplinary and legal actions against the offenders if they were found guilty. “This case is a fireable offence and there will be no protection for the culprits by the Navy,” he said.