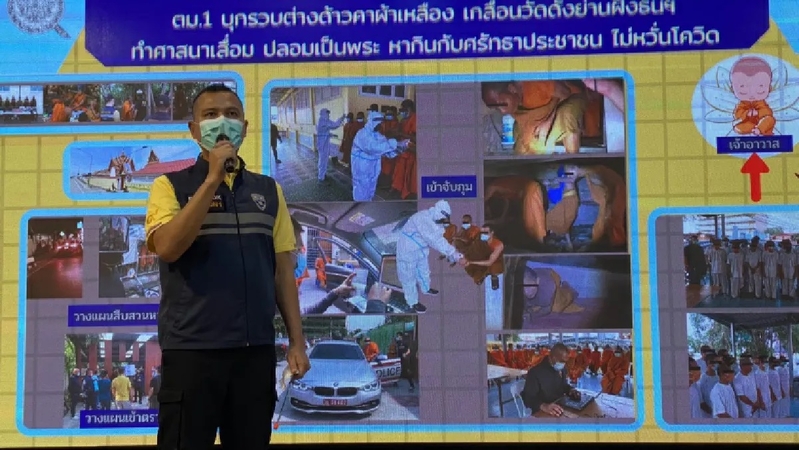 “We received a tip-off that the temple had several hundred monks living in a crowded space that could become a hotspot for Covid-19,” Sompong explained. “People also reported that some monks from this temple were selling food they received from the public in the morning to merchants at nearby markets for reselling.” 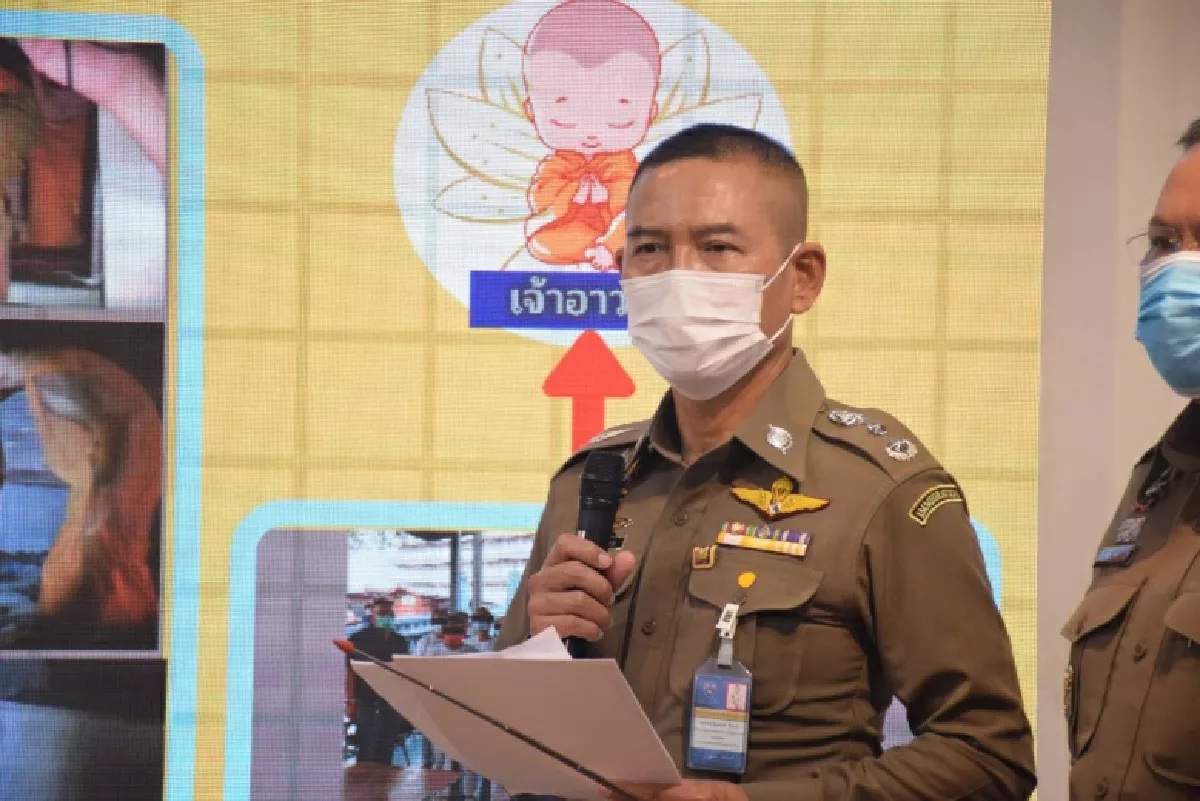 An investigation showed the temple had divided its living quarters into two separate areas.

“Normal monks live upstairs while migrant monks crowd the downstairs area as well as under the crematorium,” Sompong said.

“Officers found that 181 migrant monks from Myanmar, India, Cambodia, Laos and Bangladesh had proper documentation, but the 27 had neither entry papers nor ID cards stating they are monks.”

All 27, who were ordered to change out of their monk robes, were taken to Bang Saothong police station and charged with illegally entering the country and impersonating Buddhist monks.

Police have also launched an investigation of the temple’s abbot for allegedly assisting and hiding illegal migrants, Sompong added.