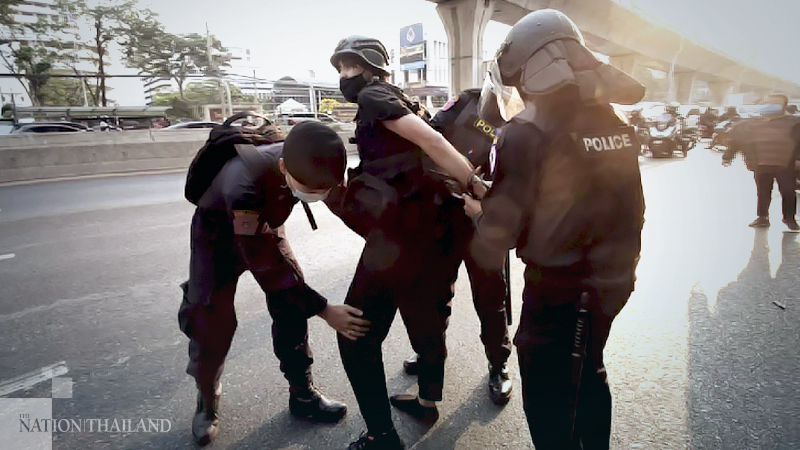 Three members of a pro-democracy group were arrested following clashes with riot police in front of the Myanmar embassy in Bangkok on Monday, which resulted in 14 officers being injured.

Protesters led by We Volunteer (WeVo) pro-democracy activists had gathered at 3.30pm to condemn the military takeover in Myanmar and call for the release of Aung San Suu Kyi and other Myanmar government leaders. 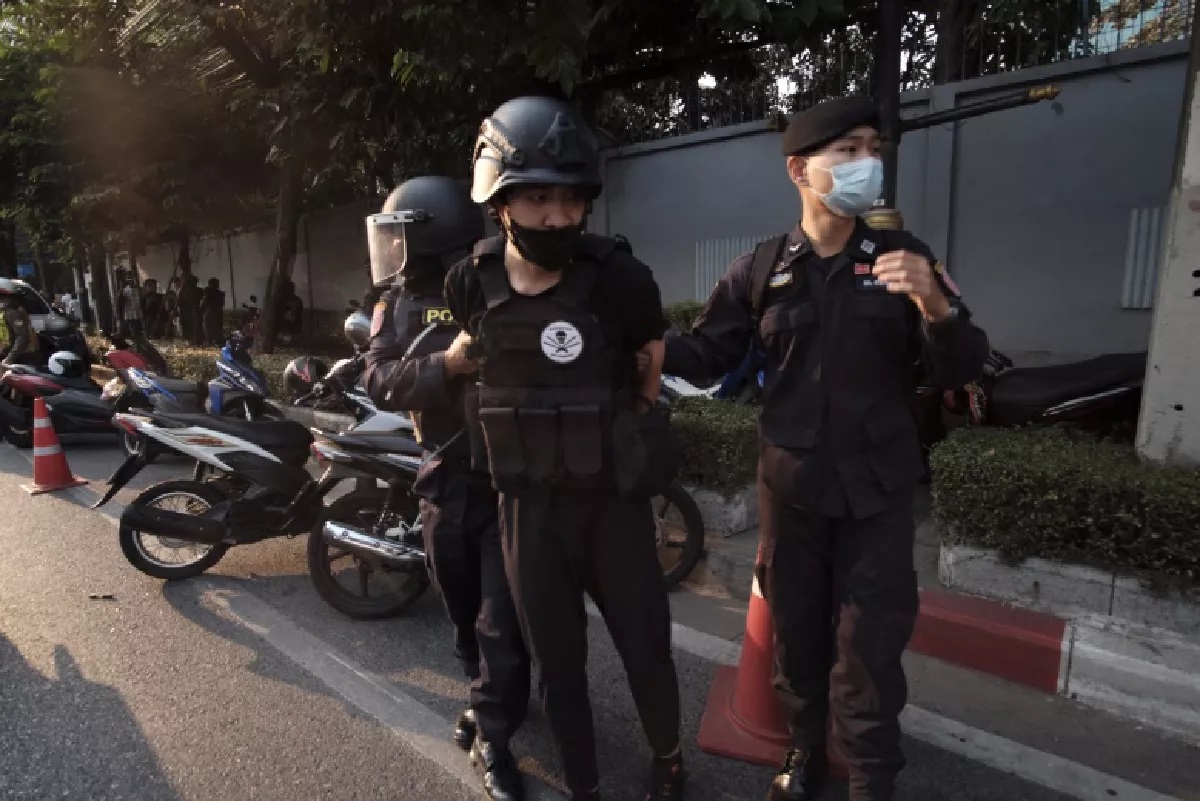 Police armed with shields and batons attempted to clear the rally on North Sathorn Road at 5pm, claiming the protesters had stayed beyond the agreed timeframe of 30 minutes. The protest site was cleared at 5.40pm, after which police closed off the route from the embassy to the Sathorn-Narathiwat intersection. 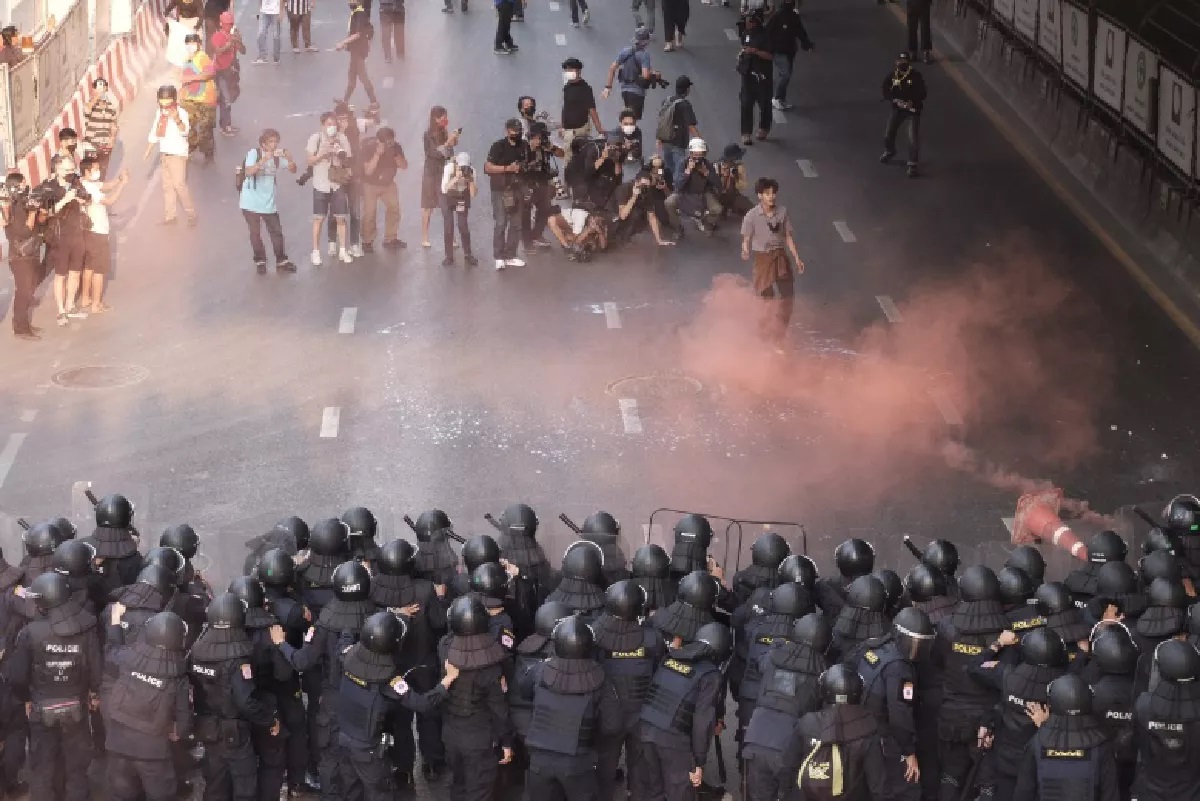 The arrested protesters were brought to Yannawa Police Station and were initially charged with holding a public gathering in violation of the emergency decree on Public Administration in Emergency Situations, which has been in effect since December 23, 2020 to contain the Covid-19 outbreak.

Fourteen police officers suffered injuries from the scuffles. One policeman suffered a perforated eardrum and the other had a wound on the knee, while 12 officers had only minor injuries. They are being treated at Police General Hospital.