A tiger that had escaped a wildlife sanctuary in Uthai Thani last Wednesday was finally captured a week later, but not before it had pounced on a herd of goats and feasted on two oxen.

Thanit Nooyim, director of the 12th Conservation Area Management Office, set up two teams to deal with the escaped tiger – one to guard farm animals and another to hunt down the escapee.

The tiger was finally found hiding in a sewer near the Huai Kha Khaeng Fire Station. Officials smoked him out with fire before hitting it with an anaesthetic dart. The animal was soon found sleeping peacefully some 500 metres away. 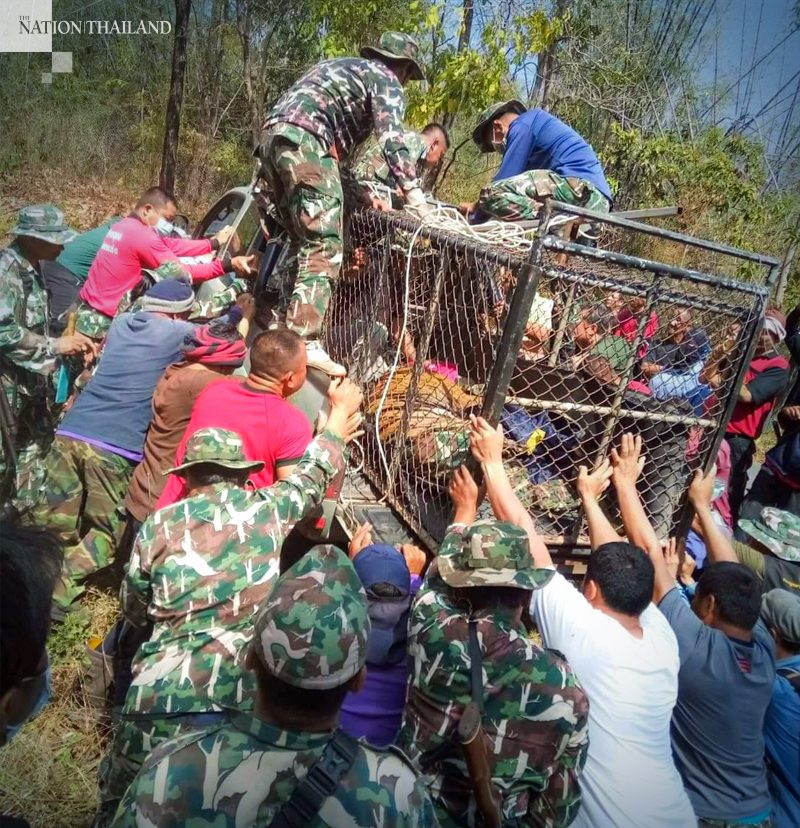 Officials then tended to the tiger, providing first aid and attaching a tracking collar before releasing it back in the Huai Kha Khaeng Wildlife Sanctuary.

The escaped male tiger weighed about 120 kilograms and is believed to have taken off because his hunting grounds were being invaded by another male tiger.

Meanwhile, Thanya Netithammakun, director-general of the Department of National Parks, Wildlife and Plant Conservation, has instructed relevant authorities to compensate farmers whose animals were killed by the tiger.