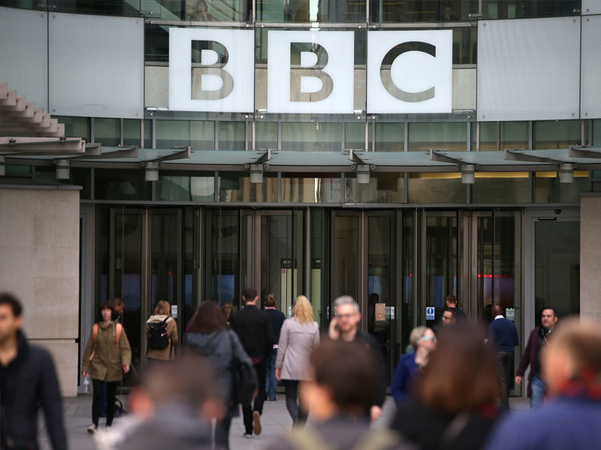 China's broadcasting regulator has moved to pull BBC News off the air in the country over a "serious content violation," the Chinese state news agency Xinhua reported Thursday.

China's National Radio and Television Administration (NRTA) said in an announcement on its website that the broadcaster, which is partly funded by the British state but editorially independent, had "undermined China's national interests and ethnic solidarity."

Chinese state media greeted the news with a sense of triumph, while U.S. and British officials have criticized the decision. British Foreign Minister Dominic Raab called the move an "unacceptable curtailing of media freedom."

The BBC is "disappointed that the Chinese authorities have decided to take this course of action," a spokeswoman for the broadcaster said in an email to reporters. "The BBC is the world's most trusted international news broadcaster and reports on stories from around the world fairly, impartially and without fear or favor."

The announcement, which arrived with the Lunar New Year holiday in China, followed recent disputes between Chinese officials and BBC News.

It also came just a week after Britain's media regulator pulled the Chinese state-run television channel CGTN off British airwaves because of alleged errors in an application to transfer its license to another company.

In December, BBC News produced a report that alleged the forced labor of ethnic minority Uighurs in China's cotton industry in Xinjiang. Chinese state media bristled at the work, calling it "fake news" and accusing the BBC of political bias.

"Far from being fake news, our evidence, along with the post-publication propaganda designed to undermine it, is proof of a coordinated effort to control the narrative, extending from the shadowy minders in unmarked cars, all the way up to the national government," John Sudworth, one of the team who reported the story, later wrote.

BBC News also produced a lengthy report detailing allegations of systematic rape in Xinjiang camps where Uighurs and other minorities are held.

China's NRTA did not detail precisely why BBC News was being pulled off air or how the move might affect the organization's staff in the country, but it said any new applications for a license would not be considered.

Even before the ban, BBC News was not available widely in China, mostly limited to hotels that cater to foreigners. Even so, it comes amid a wave of restrictions on foreign journalists in recent years that has seen a number of reporters be arrested or have their credentials pulled.

In a tweet shortly after the announcement, Raab said the Chinese decision was an "unacceptable curtailing of media freedom" and noted that China already had some of the "most severe restrictions" on media and Internet freedoms in the world.

"This latest step will only damage China's reputation in the eyes of the world," he added.

State Department spokesman Ned Price said at a briefing Thursday that the U.S. government condemned the decision to ban BBC News, adding that China maintained "one of the most controlled and most oppressive, least-free information spaces in the world."

The Office of Communications (OFCOM), Britain's broadcast regulator, did not cite the content of the English-language CGTN in revoking its license. The regulator conducted an investigation that concluded the license was wrongfully held by a company called Star China Media.

OFCOM stated that its investigation had found the company did not control CGTN's content, as required by British law, and that editorial decisions were made by China Central Television, a company that is controlled by the Chinese Communist Party and that is not eligible to hold a license due to its state links.

A last-minute attempt to register the license to another company was also rejected due to missing information on the application, OFCOM said.

In a response to the OFCOM decision, reported by the Guardian newspaper, CGTN drew comparisons between the BBC and other state-funded broadcasters, such as Japan's NHK. The BBC has long maintained that there is a distinction between state-controlled broadcasters and those that receive public funding but are editorially independent.