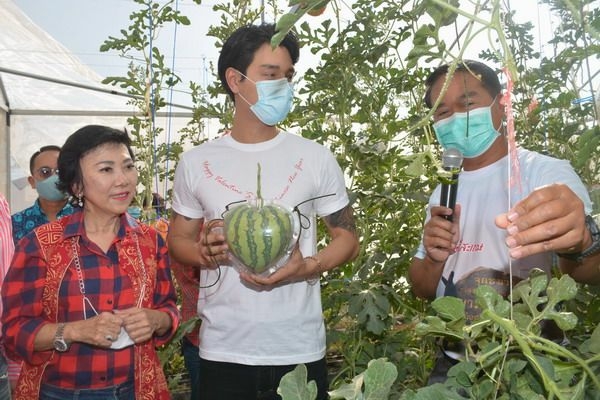 The event was held in cooperation with Tourism Authority of Thailand, Si Sa Ket Tourism Industry Council and Christina Sanitaryware Ltd, owner of the farm which grows heart-shaped organic watermelons in a greenhouse over a 1 rai (0.16 hectare) area.

The bidding price for the heart-shaped watermelons started at Bt50,000 each. Si Sa Ket MP Wiwatchai Hotrawaisaya offered the highest price at Bt100,900. 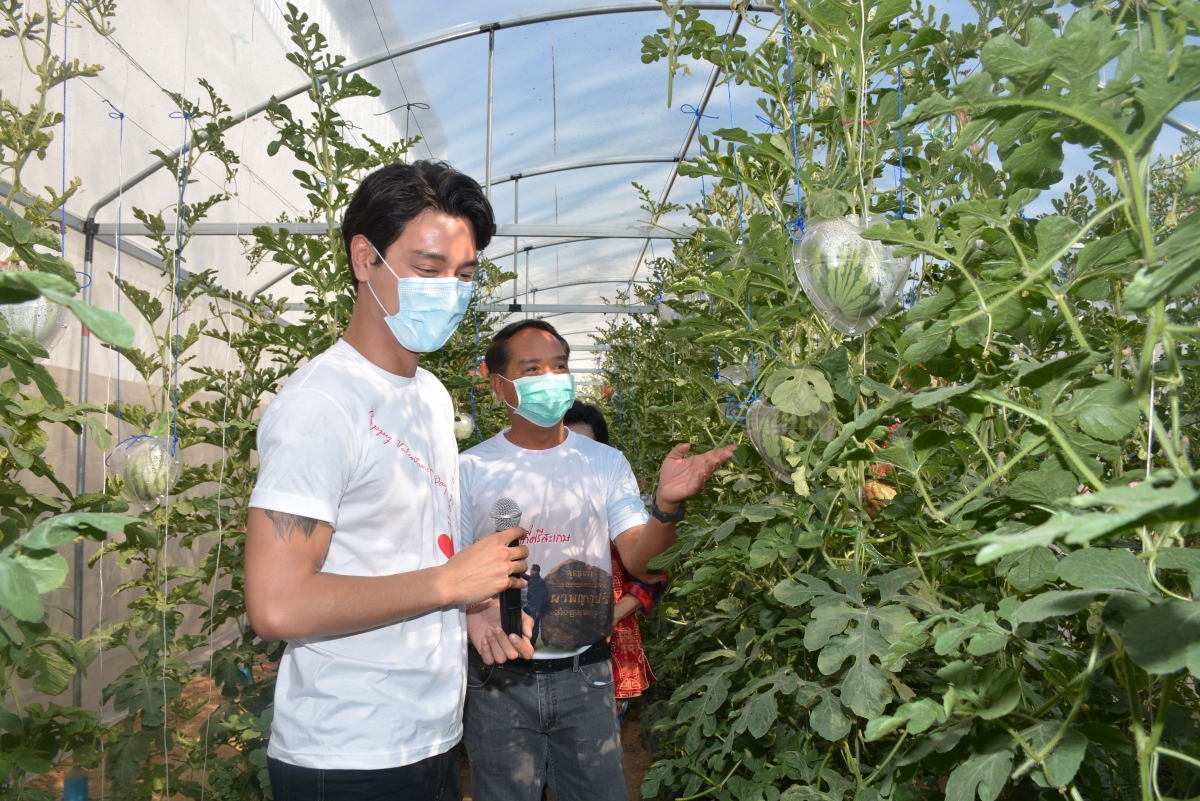 “I am giving this watermelon to my wife on Valentine’s Day,” he said, adding that the money would go to buy medical equipment for Si Sa Ket Hospital to treat Covid-19 patients.

Also participating in the bidding via telephone was action star Phanom ‘Tony Jaa’ Yeerum, a lead actor in "Monster Hunter" movie, who helped attract the crowd and added colour to the event. 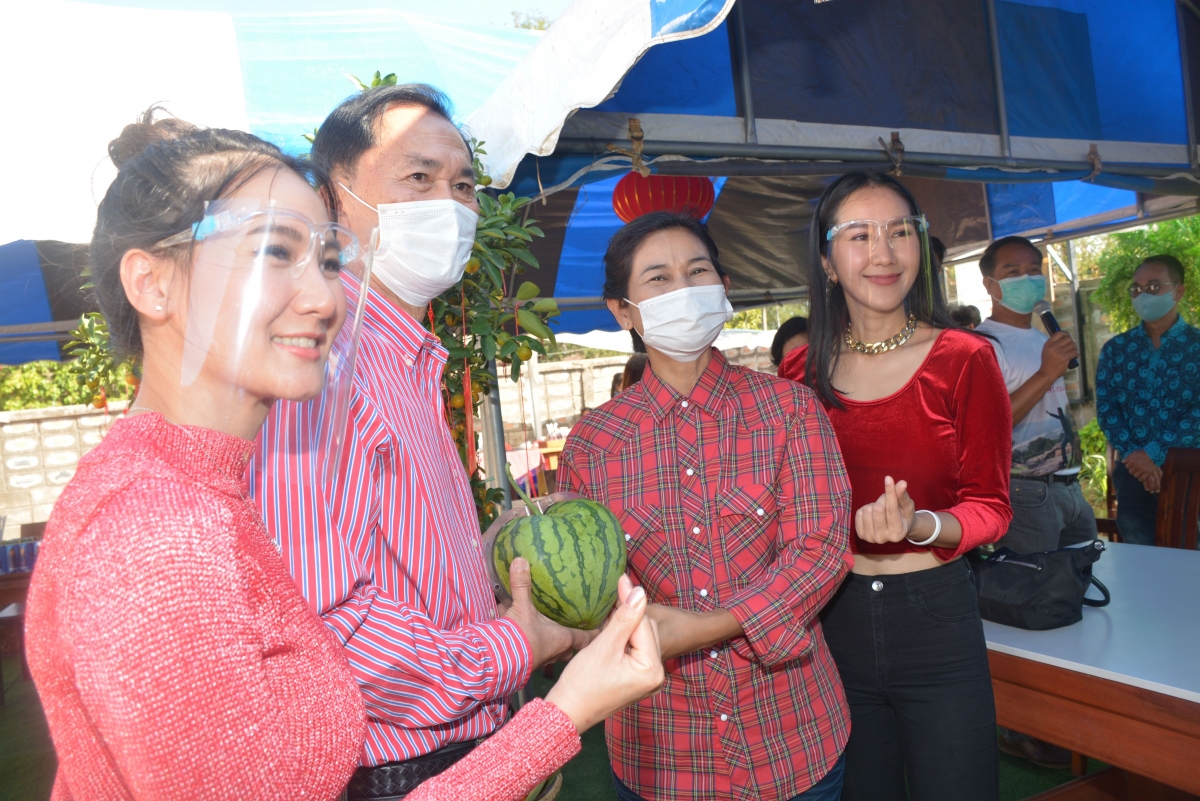 Thanchanon Chatmethakul, managing director of Christina Sanitaryware, said that the company’s watermelon farm was pioneered by his mother, Chamaimas, who mastered the technique of growing watermelons in heart-shaped containers.

“Our watermelon is 100 per cent organic. It has a mild sweet taste and unique fragrance and could become one of Si Sa Ket’s signature products,” he added.