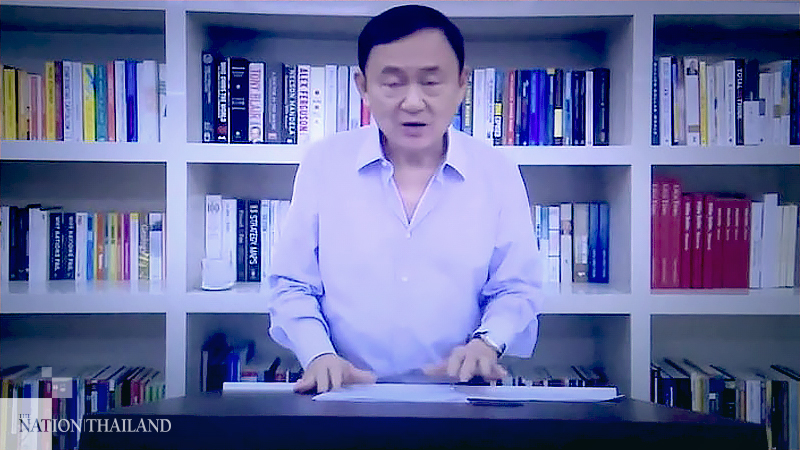 Former prime minister Thaksin Shinawatra told a Bangkok audience on Sunday that the government should be buying weapons to fight poverty – such as modern technology for agriculture – not weapons for non-existent wars.

Thaksin was speaking in a video played during the seminar “No poverty among Thais: A pipe dream or a reality”, hosted by CARE (Creative Action for Revival & People Empowerment) at Lido Connect theatre in Bangkok’s Pathumwan district.

“I want to ask the government three questions: What is your view on declaring war against poverty? Can what you have done so far really solve problems of poverty? And do you have the knowledge to solve poverty problems amid the changing situation,” said Thaksin. 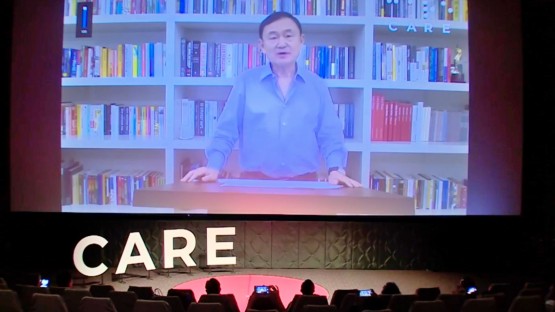 “As someone with experience in tackling poverty, I am happy to give you some advice. The proven formula in fighting poverty is to increase people’s income, reduce their expenses, and know how capitalism works,” he added.

“Currently, people have no money to invest, so we need to increase channels where they can access funds.”

“In the past, we used to tackle poverty by providing the four requisites – medical care, food, clothing and accommodation. However, this method will need adjustment to suit the current situation, where people’s consumption is changing due to the lockdown and rise of online channels,” he said. “The government must figure out how to use new technology to help poor people and not add to their burden.”