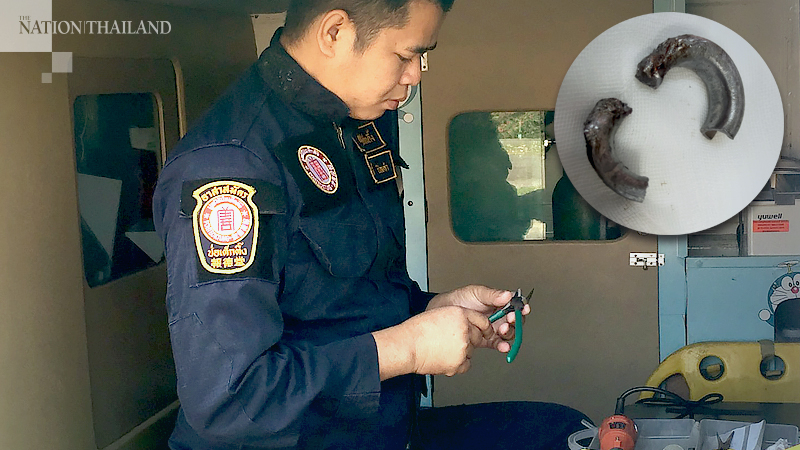 The Poh Teck Tung Foundation’s rescue team received an urgent call on Sunday to help a man pull his “finger” out of an iron ring.

However, when rescue volunteers arrived, they learned that it was a penis that was jammed inside a 2-millimetre-thick iron ring.

Rescue staff Prasit Nildam said the sexual organ of the patient was inflamed and it took almost two hours to cut the ring out.

The patient, aged between 25 and 30, had apparently used the ring for sexual pleasure.

Prasit also said the foundation was called because the hospital did not have the equipment to cut off the ring.

This is the second such case that the volunteer team has encountered.