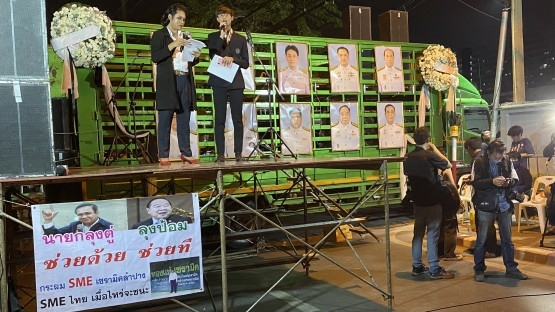 Pro-democracy group “Mob Fest” held a “Censure debate by the people" in front of Parliament on Friday at 5pm, on the fourth day of the censure debate against the Prayut Chan-o-cha government by opposition parties.

The official censure debate in Parliament, in Bangkok's Dusit district, began on February 16 and ended on Friday, with the vote on the no-confidence motion scheduled for Saturday.

The rally on Friday was peaceful. Protest leaders took turns in giving speeches criticising the government on various aspects, including inadequate aid for people who have been affected by the Covid-19 outbreak, delay in getting Covid-19 vaccines, unemployment, problems regarding land allotment for farmers and corruption in the appointment of senior police officers. 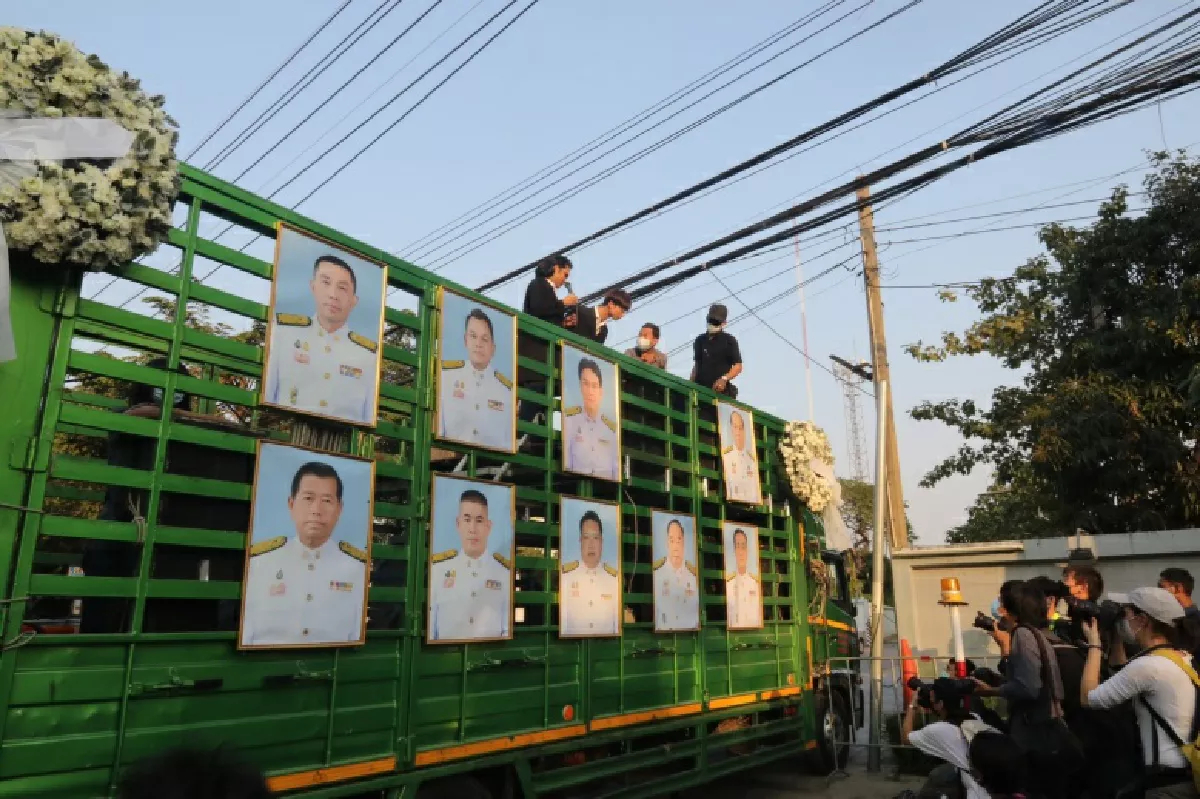 The protesters also hung images of Prayut and nine ministers who are targets of the censure debate along with funeral wreaths on the stage backdrop. 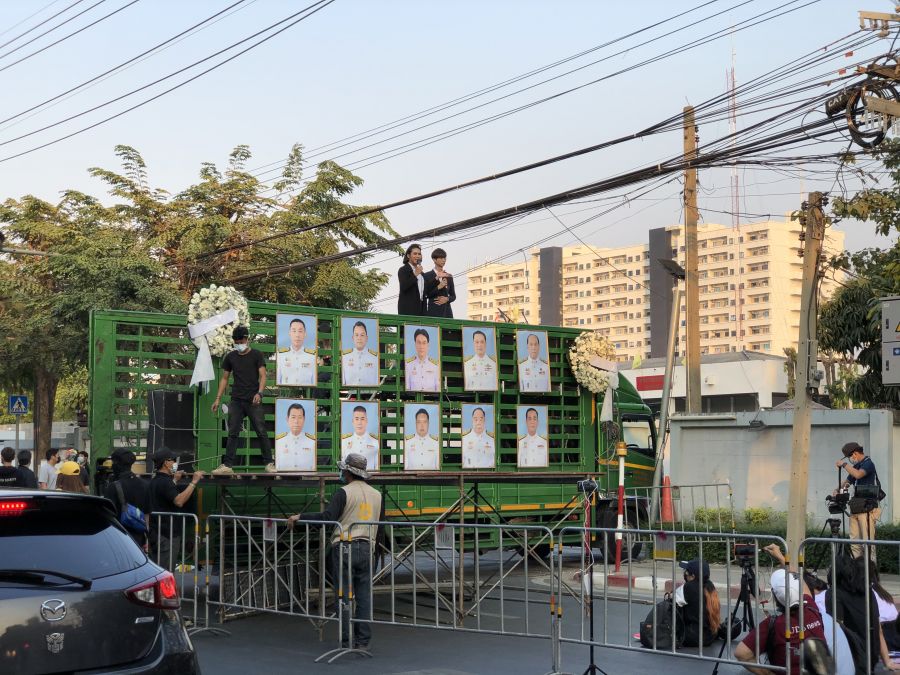 At 10.15pm protest leaders announced the conclusion of Friday’s activity, adding that the rally on Saturday will start from 3pm onwards at the Kiak Kai intersection near Parliament. 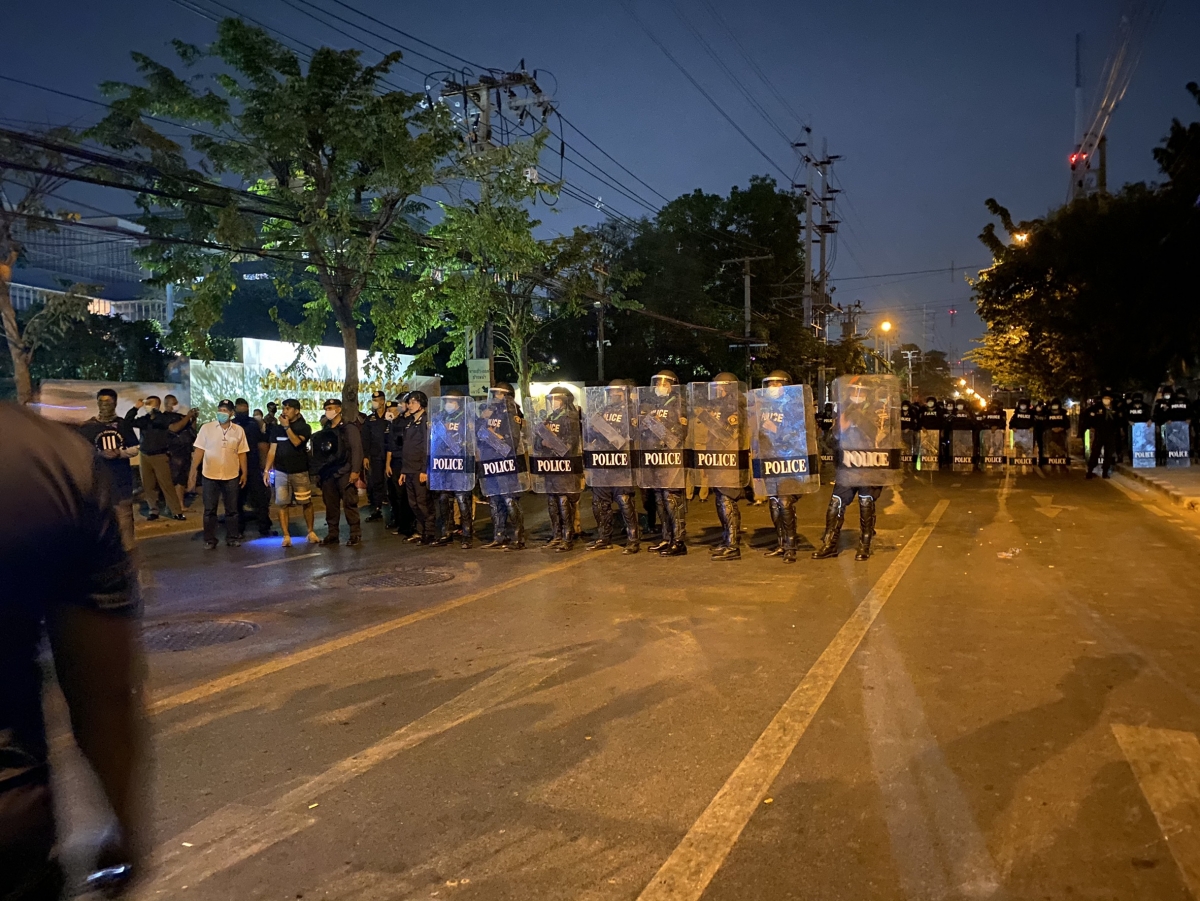 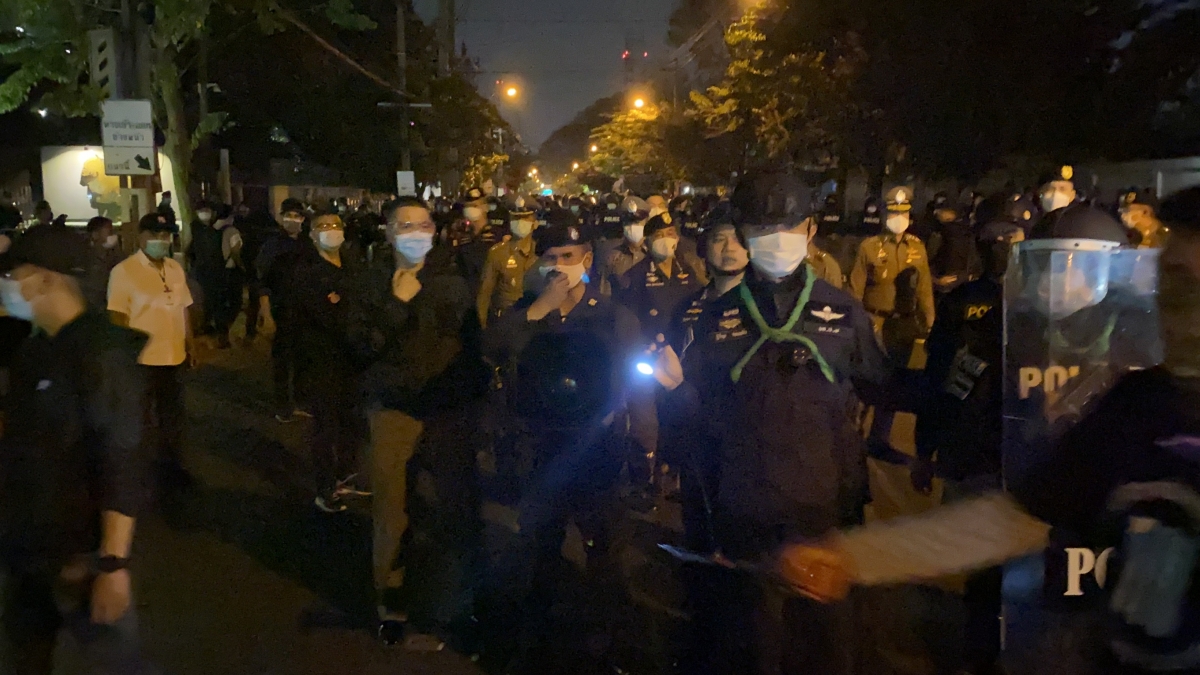