Authority has deployed containers and barb wires at the entrance of Sanam Luang in Bangkok’s Phra Nakhon district, starting from Na Phra That Road (opposite Thammasat University) to in front of the Supreme Court since 4am of Saturday (February 20), a news source revealed. 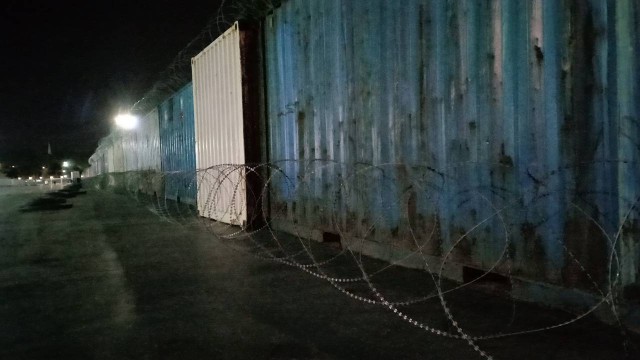 The source estimated that the blockades were deployed in anticipation of pro-democracy protesters’ rally that was scheduled at 3pm onward at Kiak Kai Intersection near the Parliament. The planned rally is in line with the Parliament’s vote on the no confidence motion that will take place on Saturday, after 4 days censure debate against the Prayut Chan-o-cha government by the opposition parties.

Blockcades at Sanam Luang have rendered the area inaccessible to the public. The Ratchadamnoen Road in front of the Supreme Court is closed for motorists as well. However, there is no such blockade at the Victory Monument, only potted plants and steel barriers are deployed around the monument.