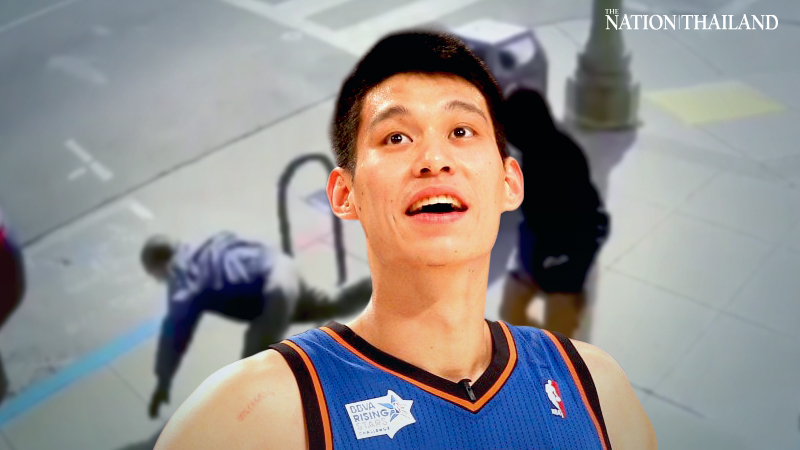 Violence against and harassment of Asian Americans have spiked in the United States in the past year. Jeremy Lin, the former New York Knicks star guard, spoke out this week via social media, recounting his own recent experiences with anti-Asian racism and pushing for change.

"We are tired of being invisible, of being mistaken for our colleague or told our struggles aren't as real."

Lin, who was born in California to Taiwanese parents, played in the NBA for nine years and became the first Asian American player to win an NBA championship when the Toronto Raptors defeated the Golden State Warriors in the 2019 NBA Finals. But he said that experience has not protected him from being called "coronavirus" on the court.

Such an incident fits into a broader surge of anti-Asian slurs and violence, which advocates anticipated would be amplified by former president Donald Trump's anti-China rhetoric over the coronavirus pandemic.

Stop AAPI Hate, a group that tracks incidents of violence, harassment and discrimination against Asian Americans and Pacific Islanders in the United States, reported more than 2,800 incidents from March through December 2020.

Those incidents include a Korean man who was chased out of a convenience store restroom in California, a 67-year-old individual in New York who was spit on, as well as a further catalogue of threats, insults and physical assaults. An 84-year-old man from Thailand died as a result of injuries he suffered after an attack in San Francisco last month.

Some law enforcement agencies have reported an increase in bias attacks against Asian Americans, including New York City's hate crimes task force, which investigated three such incidents in 2019, but saw a ninefold increase last year. Fears, anxieties and anger about those episodes have produced patrol groups in California and New York to combat that harassment.

Lin told NBC Sports Bay Area this week that he is "angry and heartbroken" about these incidents, and discussed what they have engendered in him.

"The first one is just this emotion of like, 'Are you kidding me?' Who does this, or why would you do this? And there's an anger and a confusion and a frustration," Lin said. "But as I take more time . . . after a while I feel bad. I feel bad for somebody who harbors hate for somebody else who they've never met just based on skin color or I don't even know, so that makes me want to do something."

Lin is 10th in G League scoring, averaging 19.6 points in 31.3 minutes through five games, although he has missed the last four. He has twice played in China and for eight teams throughout his NBA career, highlighted by a stint with the Knicks during which he captivated the league. A three-time All-Ivy League selection at Harvard, Lin recounted the discrimination he's faced during his playing career on The Debrief podcast earlier this week.

"Growing up I only really experienced the overt racism like: 'Oh, you're a Chinese import. Oh, your eyes are so whatever,'" Lin said. "A lot of people [in the stands] are drunk but to see the violence on their face and their eyes are red . . . and they're just like 'The orchestra's on the other side of campus,' or 'Can you even see the scoreboard with those eyes?' or 'Go back to China.'

"I'm playing in places that also have Asians in those same student sections. It was a little mind-boggling at the time but I learned a lot from it."

Lin said he experienced "less of that" in the NBA, although he hopes coaches and scouts stop describing players of Asian descent as "deceptively" athletic. The league, for its part, released a statement against anti-Asian violence on Tuesday.